Heartwarming Campaign Aims To Keep Pets And People Together 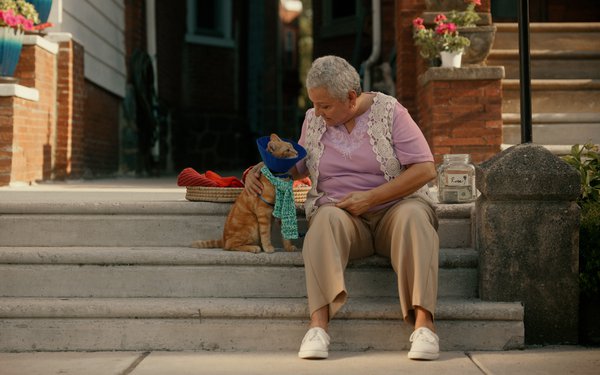 Ninety-seven percent of pet owners consider their pet to be a member of the family. But anyone can experience a crisis that temporarily impacts their ability to care for their pets.

That’s what motivated the Ad Council, the Humane Society of the United States and Maddie’s Fund to launch a campaign focused on keeping “Pets and People Together.”

The pro bono effort was created by Wunderman Thompson NY. It encourages people to “Be a Helper” by supporting pets in local communities, whether it’s donating pet food, money for veterinary care or temporarily fostering for a friend or neighbor who needs their support to keep their pet.

In addition to television PSAs, the campaign features print, digital, out-of-home and radio PSAs. The PSAs drive to a resource-packed website, PetsandPeopleTogether.org, developed in partnership with digital agency Viget.

The last few years have taught us the vital role our pets play in our health, happiness and well-being, said Mary Ippoliti-Smith, executive leadership team at Maddie’s Fund, a foundation which has awarded over $265 million in grants toward animal welfare efforts.

The effort highlights the role everyone can play to help ensure that families and their beloved pets stay together, says Heidi Arthur, chief campaign development officer at Ad Council.

In 2009, the Ad Council, in collaboration with the Humane Society of the United States and Maddie’s Fund, launched the Shelter Pet Project with the goal of encouraging pet adoption from local shelters.

Since its launch, the Shelter Pet Project has helped more than 3 million people search for pets available for adoption near them. The success of the campaign has given rise to a new opportunity to help inform audiences about a variety of other ways they can support both pets and people in their community.

“Though not everyone can adopt a pet, everyone can be a helper,” said Melissa Krimm, group business director at Wunderman Thompson. “Whether dropping off a bag of kibble at your local food pantry or donating to a veterinary fund, every bit of kindness counts. It takes a village to raise a pet.”

Individuals can also use the hashtag #BeAHelper to share what they are doing in their communities to help keep pets and people together.