Save The Music Strikes New Chord With Brand Refresh 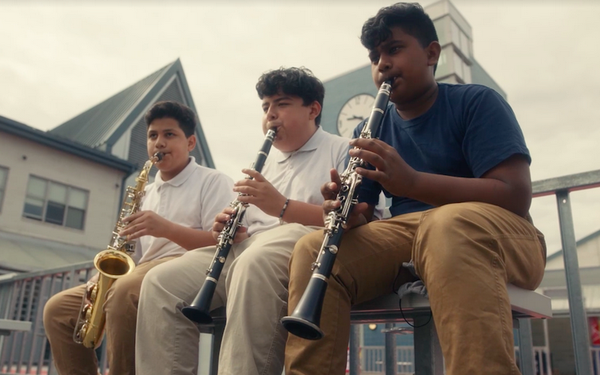 To further the cause of music education, Save the Music Foundation partnered with the social impact consultancy Matter Unlimited to give the 25-year-old nonprofit a brand makeover.

Save the Music donates grants to public school for instruments and tech equipment, as well as teaching resources for educators.

MJ Deery, Matter’s creative director of story, says the organization’s messaging promotes the positive aspects of music in kids’ lives. “Their oxygen is the power and joy of music,” she says.

Matter created a new website and 25th anniversary design and produced a spot shot at Save The Music programs in New Orleans, Newark and Brooklyn. The work — available online, digital and social media, and displayed in Times Square — spotlights music’s value to children, secured via donations.

Lively visuals, augmented by a "I Need You," a new track by Grammy winner Jon Batiste, reflects that push.

The value of music training in children can’t be overstated. The American Scientist reports it makes kids better learners by enhancing sound processing in the brain and cognition. An added plus is the social element, building confidence by performing and creating friendships with like-minded students.

Henry Donahue, Save The Music’s executive director, adds: “We wanted to communicate the joy and resilience that comes from making music … depicting the transformative power that music can have on young people. This brand refresh reflects our renewed focus on investing in young creators in culturally rich communities, while ensuring our work remains rooted in community, culture and equity.”

The agency has worked on numerous social-impact projects for various clients, including Nike, UNICEF, The Obama Foundation, ABC/Disney and TED.