Ipsos: Polls Will Be More Accurate In The Midterms, Give GOP A 3-Point Advantage 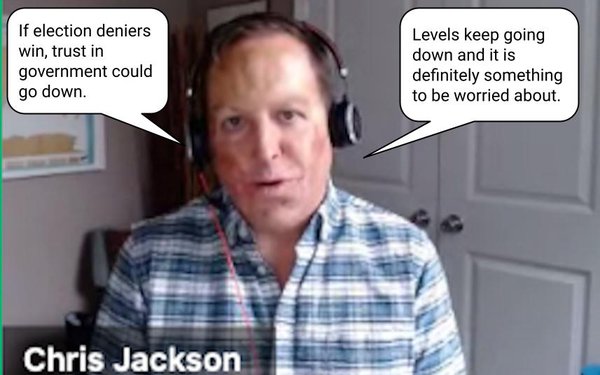 The good news is that political polling will be a much more accurate predictor of the midterm elections than it was in recent past elections.

The bad news is that it is predicting the result will be a divided government in which little actually gets done legislatively in America over the next couple of years.

That was the net of the last in a series of monthly briefings before the midterms given by Ipsos political guru Chris Jackson Tuesday.

Most of his briefing focused on the top election issues, how they split by political affiliation, and what they portend for voting outcomes.

Not surprisingly, the economy – specifically inflation – remains the No. 1 concern among all voters, while secondary issues like political extremism, crime and climate change are percolating in the background. However, when analyzed on the basis of “likely voters,” Jackson said secondary issues will have far more impact than indicated by general population polls.

Based on all the data at his disposal, as well as some proprietary methods developed by Ipsos for weighting their impact based on likely voters, the result will be Republican control of the House, toss-up in the Senate, and some likely Democratic gains among state gubernatorial races.

Why is Jackson so bullish on the predictability of political polling this year? Two reasons.

One is that Ipsos has been surveying a stable panel of respondents since the election cycle began, which allows Ipsos to control for the kind of non-respondent biases that threw off political polling in recent years.

Another is that Ipsos has identified the fact that the most likely segment not responding to polling likely are not representative of most voters.

“It’s not the Fox News crowd necessarily that is missing out in surveys. It might be more of the QAnon crowd.”

The solution, Jackson said, was for Ipsos to utilize the same kind of non-respondent bias weighting that general-market researchers have been utilizing for years to deal with low response from some consumer segments – say minorities – but applying it to politics.

So what happens when Ipsos applies its weights? Republicans end up with a three-percentage-point advantage in generic polling vs. what might otherwise be seen as closer races.

“We’re actually seeing a little bit of an over-correction in he Republicans’ favor in our poll data, once we apply that weight,” he said.

So the good news is that political pollsters have a more accurate ability to predict election outcomes.

The bad news, Jackson reiterated, is that an outcome in which a Republican-controlled Congress, including many election deniers, ends up trying to “tear stuff apart” it will only end up hurting the confidence of Americans in our political system.

“There has been a long-term decline in Americans rust in the government, and trust in institutions writ large,” he explained, predicting that while a majority of Democrats currently trust the system – vs. a minority of Republicans – “If election deniers win, Democrats’ trust in government could go down, but republicans aren’t likely to go up.

“Once you lose trust, it’s hard to go back up,” he concluded. “Levels keep going down and it is definitely something to be worried about.” 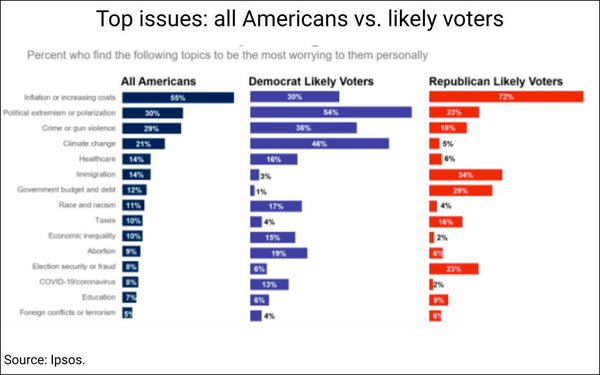