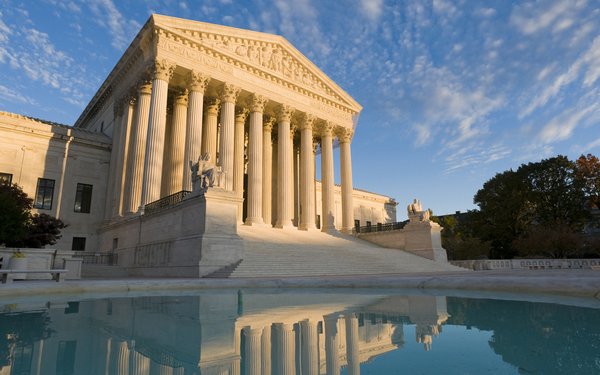 The libertarian think tank Cato Institute is siding with the tech industry in its battle to block a Florida law that restricts social media platforms' ability to moderate content.

“Giving the government power to compel, suppress, or evaluate speech does not combat censorship: it is the very definition of censorship -- and precisely what the First Amendment was written to prevent,” the think tank argues in papers filed Thursday with the Supreme Court.

The organization is weighing in with the court on Florida's social media “censorship” law, which prohibits large platforms from suppressing some posts, and also requires the companies to disclose their content moderation policies.

Other provisions require platforms to disclose their policies regarding acceptable content.

The 11th Circuit Court of Appeals blocked the portion of the law that bans companies from suppressing posts, but allowed enforcement of some transparency provisions.

Florida officials as well as the tech industry groups NetChoice and the Computer & Communications Industry Association have asked the Supreme Court to review the 11th Circuit's decision.

The Cato Institute argues in a friend-of-the-court brief that Florida's law is unconstitutional in its entirety.

In addition, mandated disclosure of content-moderation standards “will chill and distort platforms’ exercise of protected editorial freedom,” the group writes.

“When internal editorial decisions are exposed, the threat of public scrutiny and legal action coerces private media to make editorial choices they otherwise wouldn't,” the Cato Institute says in its brief.

The think tank adds that mandated disclosure could hinder tech companies' battle to combat spam, propaganda and other objectionable material.

“For the same reason that banks do not disclose details of fraud detection, platforms do not disclose the detailed definitions and rubrics for moderation that apply to public-facing content,” the group argues.

The Cato Institute isn't the only organization urging the Supreme Court to review Florida's law.

The right-wing Claremont Institute, which supports the law, is also asking the Supreme Court to take up the case, as have various states attorney generals and other conservatives, including former President Donald Trump.

Other groups that side with the tech industry are expected to file separate friend-of-the-court briefs with the court.