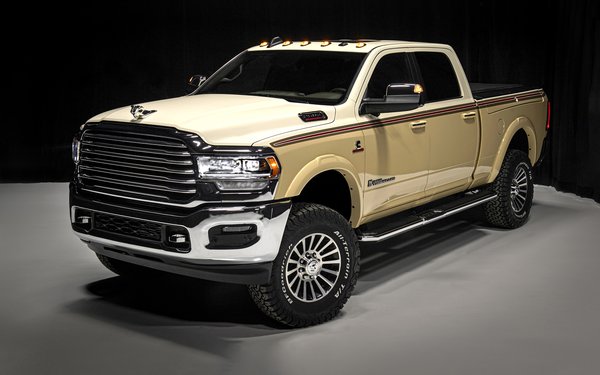 The pickup was designed specifically by the eight-time Grammy-winning artist in collaboration with the Ram Truck design team.

This latest partnership in a series of longtime Ram-Stapleton collaborations coincides with the release of Stapleton’s “I’m a Ram” song on Nov. 11. A limited-edition 7-inch recording featuring the song, as well as a special alternate live version of the classic Al Green tune, will be available exclusively at retail.

The Stellantis brand is the sponsor of the current exhibit, “Chris Stapleton: Since 1978, presented by Ram Trucks” at the Country Music Hall of Fame and Museum. The truck was revealed at the museum earlier this week.

Built on the platform of the 2500 Heavy Duty, the truck’s customized interior and exterior design cues hint to the heritage of the 1970s and 1980s combined with modern elements of today.

The exterior is a nod to one of Stapleton’s favorite vehicles, the 1979 Ram Palomino truck, evoking the essence of the iconic vehicle and updated with a contemporary and modernized design.

Other collaborations between Ram and Stapleton include the 2016 Ram Nation concert and instrument donation for students at Stapleton’s former high school in Paintsville, Kentucky.