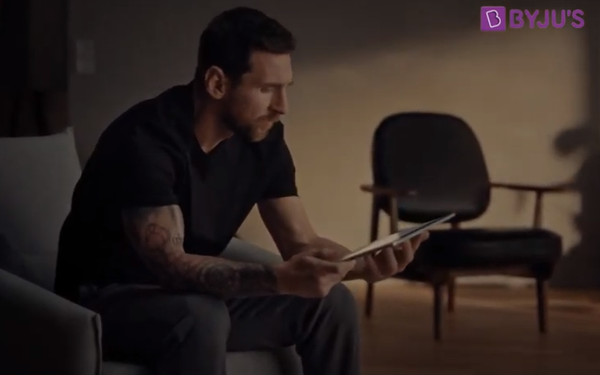 Messi will be featured in a global marketing campaign tied to the World Cup this month. Byju’s paid an estimated $30 million to $40 million to become a sponsor of this year’s World Cup, according to reports. The competition is being played in Qatar.

The company said Messi was selected for his “passion for learning” and his international fan base among other reasons. His social media following has been estimated at 450 million.

But Messi’s naming has been criticized by some as it came in the wake of about 2,500 layoffs at the company as its spruces up its balance sheet ahead of a planned IPO for one its units. Byju’s has been valued at $22 billion but remains unprofitable, according to reports.

The new campaign includes digital and in-stadium components, “circumventing traditional TV media buys around the World Cup to meet audiences where they are – even amid a major cultural moment,” according to the company.

The effort includes short films with Messi that will post via the company’s and the soccer star’s websites and social channels. One example is a film  titled “A Letter to Lionel Messi.” It was jointly created by Ogilvy and Byju’s in-house creative team and features a young athlete drafting a letter to the soccer icon, describing him as her single greatest teacher and mentor.

The films will also play in-stadium during each match on Jumbotrons. The company’s branding will also be featured on the perimeter walls of each match.