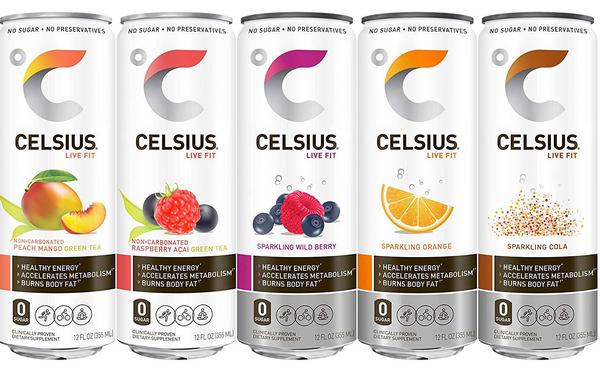 Still in the early stage of its distribution deal with PepsiCo, Celsius has edged past Bang Energy to become the #3 player in the U.S. energy drinks category.

On Oct. 1, Celsius products entered the PepsiCo distribution network in an agreement announced in August under which PepsiCo purchased $550 million in Celsius stock for just under 10% ownership in the company.

Along with its own expansion, Celsius is gaining shelf space formerly occupied by Bang Energy after its 2020 distribution arrangement with PepsiCo devolved into lawsuits and ended in June.

In an earnings call last week, Celsius president and CEO John Fieldly said that as of Oct. 23, IRI data showed that Celsius “has surpassed Bang to be the number three energy drink in the United States with a 4.9% market share compared to Bang’s 4.4%.”

Asked to quantify the contribution of PepsiCo distribution since October, Fieldly said Celsius has seen an approximately 11% increase in All Commodity Volume (ACV) “with average items carried per store increasing from an average of 7.7% to 8.3%.”

In the convenience store channel, Celsius posted an ACV gain of approximately 23% increase since Oct. 1.

Looking forward, Fieldly noted that “there's roughly around 50,000” Pepsi-owned coolers at retailers “that we will be gaining additional placement in.”

Even without the PepsiCo contribution, Celsius continued to register growth across channels in Q3 ended Sept. 30.

The company increased club-channel sales to slightly more than $34 million from approximately $20 million in the year-earlier period.

Sales on Amazon hit a quarterly record of approximately $16 million while year-to-date results on the platform were up 108%.