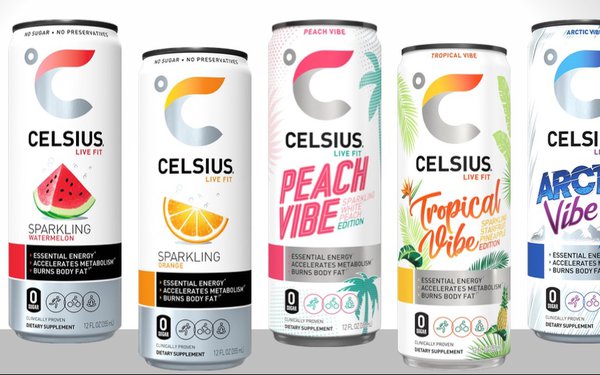 Celsius Holdings Inc. expects to nearly double its energy drinks presence at foodservice, retail and other venues within a year under a new distribution deal with PepsiCo Inc.

The two companies announced on Monday that PepsiCo has purchased $550 million in Celsius stock—which translates into just under 10% ownership in Celsius—and that PepsiCo will distribute Celsius products in the United States and abroad.

In June, speculation arose that PepsiCo might seek to acquire Celsius following the end of PepsiCo’s tumultuous distribution relationship with Bang Energy.

Up to this point, Celsius—which is a direct competitor to PepsiCo’s Rockstar brand—has relied on a fragmented network of more than 250 independent, regional distributors.

“Transitioning from a significant number of independent distributors to a national partner allows our team to consolidate sales, marketing and distribution efforts with the associated cost benefits,” Celsius CFO Jarrod Langhans said on a conference call with financial analysts.

“This partnership grants us access to new consumption occasions through diversified channel exposure—where we will gain meaningful penetration across channels such as foodservice, independent convenience, vending, college campuses, concessions and the military.”

Celsius executives said that over the next 12 months the company anticipates about a 40% increase in “expansion and distributing.”

One particular area of opportunity is in foodservice, because Celsius is seeing a lot of consumption of its products at lunchtime.

PepsiCo’s purchase of $550 million of Celsius convertible preferred shares translates to an estimated 8.5% ownership of Celsius “on an as-converted basis,” according to a news release.

PepsiCo also will nominate a director to serve on Celsius’ board.

Celsius executives did not rule out an increase of PepsiCo’s ownership going forward.

As previously reported, Bang Energy entered an exclusive U.S. distribution deal with PepsiCo in March of 2020 that quickly deteriorated into a legal battle and ended in a breakup two months ago.