Walmart Gains With High-Income Shoppers, Pays $3.1B In Opioid Settlement 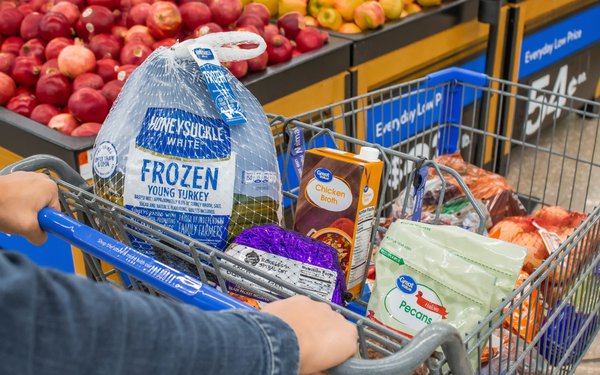 Economic pain seems to be Walmart's gain. The giant retailer says its quarterly sales rose 8.7% in the third quarter, with total revenue rising to $152.8 billion -- well above expectations. In the U.S., sales increased by 8.7% as shoppers of all income levels turned to the retailer for more groceries.

Its ad business is also booming, with sales up 30% in the quarter. That includes a gain of 40% on Walmart Connect in the U.S., and an increase in new sellers on its U.S. marketplace.

As a result of those gains, Walmart boosted its outlook for the full year and expects net sales growth of about 6.5%. In the U.S., it anticipates a comparable store sales gain of about 5.5%, excluding fuel.

Instead of profits, however, Walmart is reporting a net loss of $1.8 billion, compared with net income of $3.11 billion in the year-ago period. That's due primarily to its just-announced $3.1 billion opioid settlement.

In a call announcing the results to investors, Walmart execs called out its appeal to affluent shoppers looking to save on their food budgets. "We've continued to gain grocery market share from households across income demographics, with nearly three-quarters of the share gain coming from those exceeding $100,000 in annual income," said John David Rainey, the retailer's chief financial officer.

He added that the company also gained private brand penetration in food categories. Customers are especially likely to trade down in proteins, baking goods, and baby and dog food.

Walmart is also stepping up its value messaging, and recently announced it would sell Thanksgiving dinner at last year’s prices. It is taking a year’s worth of inflation off a select basket of holiday-related foods, and will offer the special through Dec. 26.

With the massive opioid settlement, the Bentonville, Arkansas, company hopes to put its role in the national crisis behind it. The payment is intended to resolve "substantially all opioid lawsuits and potential lawsuits by state, local, and tribal governments if all conditions are satisfied."

The retailer continues to dispute the allegations and says the settlement contains no admission of liability. Its rivals have also agreed to big payouts. CVS Health and Walgreens recently agreed to pay about $5 billion each in opioid settlements resulting from lawsuits by state and local governments.