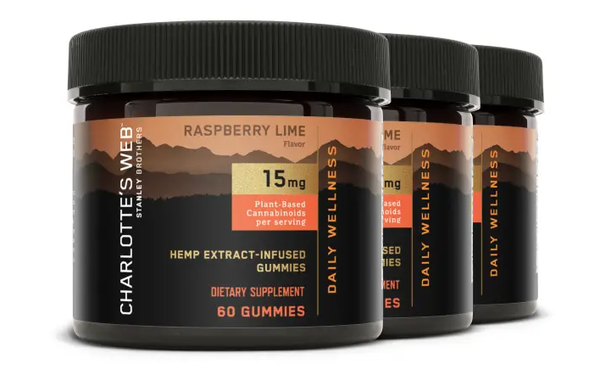 The deal comes as shifting consumer CBD preferences, retailers cutting back on shelf space and a lack of federal regulation of CBD in food and beverages continue to deliver financial losses for Colorado-based Charlotte’s Web.

“This investment will provide Charlotte's Web with funding that we anticipate will help unlock deeper and broader research and development that is key to our continued innovation, global footprint and the advancement of our intellectual property portfolio,” CEO Jacques Tortoroli said in a news release.

Company execs said one reason for the loss was a consumer shift from CBD tinctures to lower-priced gummies and other formats.

On an earnings call with financial analysts, CFO Greg Gould said that natural and food/drug/mass retailers are reducing shelf space, “with total CBD distribution points down 20% to 22% versus the previous year.”

He said the company’s total distribution points fell by roughly 14% in the period ended Sept. 30 versus the same period in 2021.

Tortoroli reiterated the company’s desire to see the U.S. Food and Drug Administration move forward with guidelines for the inclusion of CBD in food and beverages—something Charlotte’s Web has been actively lobbying for in Washington, D.C.

“Now, with 45 million Americans taking CBD, the headwinds of the lack of FDA regulation have caused an influx of bad players selling synthetic compounds as natural cannabinoids,” saidTortorli.

“The result is a bifurcated market caught between vape shops and wellness platforms. The passiveness of the FDA in creating a strong regulatory framework to the CBD industry has resulted in opening itself up to bad actors looking to make a quick buck at the expense of consumer safety.”

In a recent report, Brightfield Group estimated that the U.S. CBD market is expected to reach $5 billion in retail sales this year.

“If federal regulation were to be implemented by 2024,sales are expected to reach $11.0 billion by 2027, driven by accelerated growth of ingestible products like capsules and gummies as well as increased acceptance by mainstream retailers,” the research firm said.

In the second quarter of this year, Charlotte’s Web was the #1 CBD company in dollar sales followed by Your CBD Store, according to Brightfield.