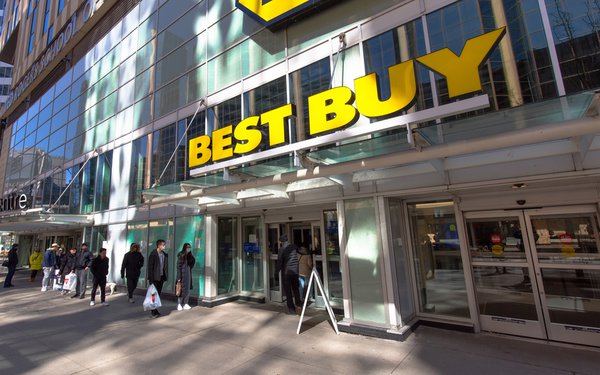 The pandemic may have prompted at least one permanent change: Many major chains that have traditionally been open on Thanksgiving Day are now closed for the third year in a row.

“What started as a temporary measure driven by the pandemic is now our new standard — one that recognizes our ability to deliver on our guests’ holiday wishes both within and well beyond store hours,” said Target CEO Brian Cornell in a news release.

Cornell added that, for staff members,  “You don’t have to wonder whether this is the last Thanksgiving you’ll spend with family and friends for a while, because Thanksgiving store hours are one thing we won’t ‘get back to’ when the pandemic finally subsides.”

One former proponent of Thanksgiving Day sales was Walmart. In 2014, Greg Foran, president and CEO of Walmart U.S. said that “It’s absolutely appropriate that we open at 6 p.m.” But this year, Walmart has announced that its stores will not be open on Thanksgiving Day.

Despite such closures, many retailers kicked off Black Friday deals in early November or in October. Buy Buy Baby has discounted strollers, toys and diapers by up to 40%. Amazon also hosted its October Prime Day, a two-day shopping event. Kohl’s, meanwhile, kicked off its holiday deals on Oct. 6.

After two-plus years of the pandemic, consumers appear ready to shop. MasterCard is projecting a 15% growth in sales for Black Friday. “Expect Black Friday shopping to be in full force across channels this year,” Steve Sadove, senior adviser for Mastercard, said in a news release. “While retailers have already been heavily discounting this season, consumers and retailers are likely holding out for some special offers to land on the biggest promotional day of the year.”