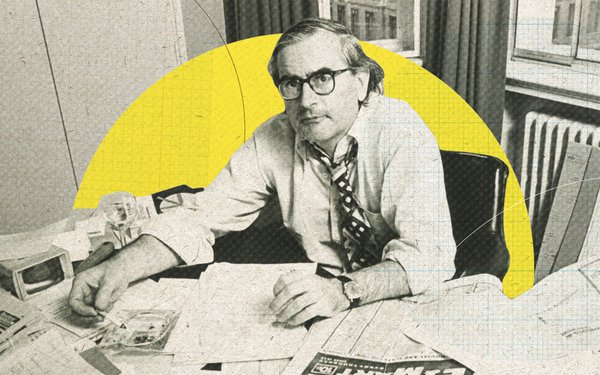 Jeremy Bullmore, a long-time WPP executive is retiring after a 67-year career in advertising at the age of 93.

To celebrate, WPP has created an online archive called “Best of Bullmore.”

The new site distills a career that has spanned the launch of commercial television and the arrival of the internet age. WPP calls Bullmore “one of the most influential thinkers on advertising and brands, as well as a prolific public speaker, journalist and author.”

The archive covers moments throughout his career such as his role in the launch of brands like Mr Kipling at J. Walter Thompson (and a 1965 memo to the agency urging them to consider an up-and-coming young director called Ridley Scott) and his essays for more than 20 WPP annual reports. It also covers humorous advice columns he wrote for The Guardian and other publications.

Bullmore started his career at J. Walter Thompson London as a copywriter in 1954, left as agency chairman in 1987, then worked within WPP for another 33 years.

His external roles have included a stint as chairman of the Advertising Association, president of The Thirty Club, non-executive director of Guardian Media Group, president of NABS and president of the Market Research Society. He was awarded the CBE in 1985.

The Best of Bullmore site was commissioned by WPP and designed and built by Wunderman Thompson. Other industry organizations including The History of Advertising Trust and Haymarket contributed content and support. Former Campaign editor Caroline Marshall managed the project, working with WPP CEO Mark Read and Director of Communications and Corporate Affairs Chris Wade.

Read had this to say about Bullmore: “There’s his razor-like strategic mind, his wit, his ability to engage, enthrall and entertain, his analysis of the industry without fear or favor. There’s also his generosity and the entirely selfless support, advice and kindness he has given to so many of us over the decades. As he retires, Jeremy represents our industry at its absolute best. We are so very lucky to have him.”