With Record Sales, Dick's Is Winning The Season 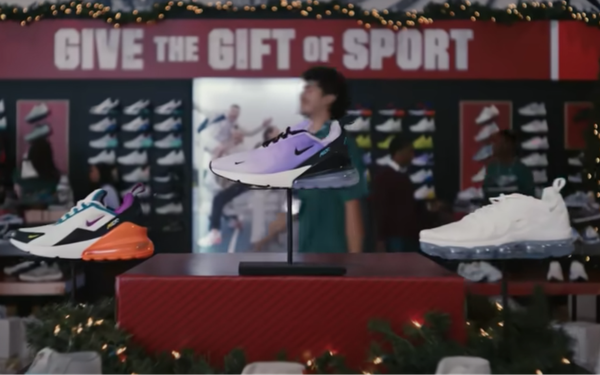 Despite plenty of downbeat news in retail land, Dick’s Sporting Goods’ third-quarter results show that some retailers are connecting with core consumers.

The Pittsburgh-based retailer posted net sales of $3 billion, a record, and a gain of 7.7% over Q3 last year.  That also represents an impressive 51% gain compared to the same period in 2019, showing how well the company has built on its pandemic-related gains.

Net income declined 28% to $228 million from $322 million in the third quarter of 2021 as Dick’s struggled with inventory markdowns. That, too, beat Wall Street expectations.

“Our strategies continue to work as we reimagine the athlete experience and offer a compelling and differentiated assortment as well as a best-in-class omnichannel ecosystem,” said Ed Stack, executive chairman, in the company's announcement.

It also raised its full-year forecast and now expects a smaller decline of between 3% and 1%. Previously, it had projected a slip of between 6% and 2%.

Dick's is also bullish about its prospects as a holiday gifting destination. It’s announced a series of tempting discounts, including 30% off some Nike and the North Face apparel, and 50% off select Adidas footwear and clothing.

Observers are impressed by the chain’s ability to navigate complex economic trends, including the inventory conundrums and supply chain riddles plaguing much of the sector.

“The premium sporting goods category continues to prove resilient and Dick’s continues to gain market share with solid execution of its initiatives,” writes Seth Basham, an analyst who follows the company for Wedbush Securities. He thinks the company will continue to outperform its competitors. “The sporting-goods sector has re-baselined due to consumers’ continued focus on health, fitness and casualization of the workplace.”

Justin E. Kleber, an analyst who follows Dick’s for Baird, says the company's results show “impressive resiliency and a stark contrast to many other discretionary retailers.”

He rates Dick's as neutral, given the macroeconomic pressures retailers face.

“Dick’s multiyear transformational journey is clearly resonating with consumers,” he says. And while it’s still early in the retailer's personalization efforts, it added 1.5 million people to its loyalty member base in the quarter. Although the promotional environment “remains a wildcard,” Kleber writes that the company should be able to maintain a meaningful portion of the progress it’s made.

Dick's is the largest sporting-goods retailer nationwide, with about 8% of the market.