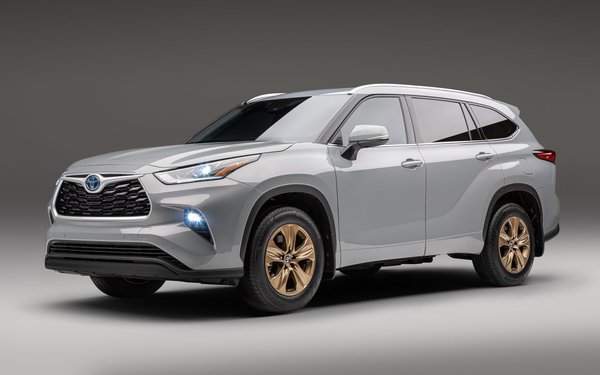 Anyone who has “built” a vehicle on a manufacturer’s website lately can attest that there is indeed a price for everything.

With the average vehicle price currently about $48,281 (per Kelley Blue Book) you’d expect a lot to come standard. In the case of the 2022 Toyota Highlander and 2023 Mazda CX-50 — two vehicles I recently test drove — there was a lot to appreciate.

But I was slightly surprised that for just shy of $50,000, the Highlander didn’t feature a Head-Up Display (HUD). If you aren’t familiar with the feature, it’s basically a projection of vehicle information like your current speed, the speed limit -- and, in some cases, blind-spot detection.

On the Highlander, the blind-spot monitor shows up in a very small display on the dials and also in the side view mirrors, so it’s there if you are looking for it. But HUD is becoming increasingly more common. And like heated seats and a power liftgate, it’s hard to go back to living without it once you get used to having it.

One thing this roomy seven-passenger vehicle had that I definitely appreciated was Electronic On-Demand All-Wheel Drive and responsive anti-lock brakes. Like many Michiganians do every year, I came face-to-face with a small group of deer, which ran out in front of the vehicle during a trip up north over the holiday weekend.

I braked hard on a slightly damp road and never felt out-of-control for a second. I also drove some windblown snow-covered roads where the Highlander handled like a dream.

One option that the vehicle had that I didn’t feel was necessary was $599 running boards. Unless you are very short, it’s really not necessary for a vehicle this height. (On full-size pickup trucks they are a godsend, but that’s a different story.) However, the $318 all-weather floor/cargo liner is money well spent.

The Highlander gets decent gas mileage for its size (35 mpg combined city/highway) and has a lot of standard features including an 8-inch touchscreen, eye-catching bronze-colored alloy wheels, heated front seats and ample front and rear storage. It’s a little thing, but there were plenty of places up front and in-between the front seats in the center console to stash keys, cell phones, even a small purse and a gift bag.

I drove the Mazda CX-50 in much different conditions, out in Los Angeles a few weeks ago during the auto show. I had several opportunities to use the adaptive cruise control in LA's notorious and near-constant traffic jams, and the feature reduced my stress level considerably.

I continue to be amazed at the number of people unfamiliar with adaptive cruise, which has become standard on many vehicles, even entry-level models. A colleague who lives in the LA area confessed they didn't know if their new vehicle (also a Mazda) had it, and if it did, they had no idea how it works.

I’ve taken informal polls on my social media in the past and found a lot of seemingly smart friends who had no clue what it is, so I’ll offer a PSA here.

Adaptive cruise functions like regular cruise control, but instead of keeping the vehicle steady at the speed limit you have set, it will slow down if it detects a slow-moving vehicle in front of you. It will speed back up once that car speeds up.

if you trust it — and you should — it will keep you from accidentally hitting the vehicle in front of you. It also reduces driver fatigue considerably.

So much is standard on vehicles these days, including these two models. It’s really to an owner’s advantage to parse the invoice/window sticker and learn how each feature they are paying for functions and how to engage it. Dealers also should be offering to teach new owners how to use their vehicles. If they are not, consumers should be asking for a quick lesson.

Finally, there are marketing opportunities here for the all the automakers. As vehicle technology continues to improve and expand, showing off these features can help sell them and lessen the sticker shock as prices for new and used vehicles continue to creep upward. 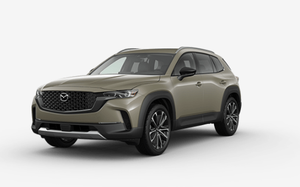