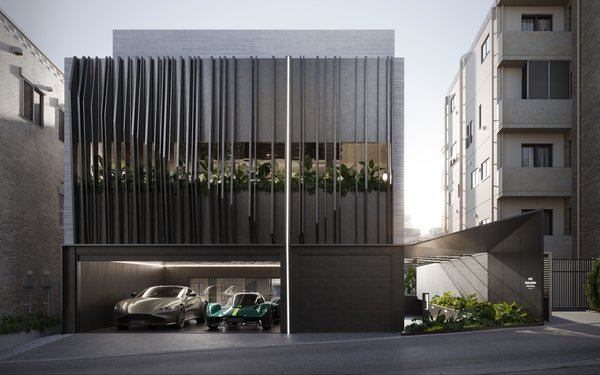 Aston Martin is partnering with a Japanese real-estate company to design a luxury home in Asia.

This is the luxury automaker’s first real-estate design collaboration in Asia, and follows projects in the United States, including the Sylvan Rock private residential estate and exclusive Aston Martin Residences in Miami, which are now 97% sold out ahead of the luxury waterfront tower’s scheduled opening in summer 2023.

The new design partnership with VIBROA forms part of Aston Martin’s wider strategic growth plans in Japan, with the brand seeking to capitalize on the market’s commercial potential and increasing consumer demand.

The collaboration between the performance brand and Japanese concierge leader VIBROA commences with the design and construction of Minami Aoyama, a private home in the desirable Omotesando area of Minami Aoyama, one of Tokyo’s architectural and style centers.

The home will feature a large garage or "automotive gallery," wine cellar, home cinema, gym and private spa. Aston Martin’s design principles are reflected throughout the property, according to the automaker.

The exterior design of the home is led by Aston Martin’s designers, who are also responsible for the interior styling of the property and carefully selected furniture.

The four-story home, complete with roof terrace and stunning views of Tokyo, is already sold to a private buyer and is scheduled for completion in November 2023.

“I see fashion, architectural and even culinary references being considered by our team when developing their work, so its presence can really be felt within our practice,” Reichman says in a release.