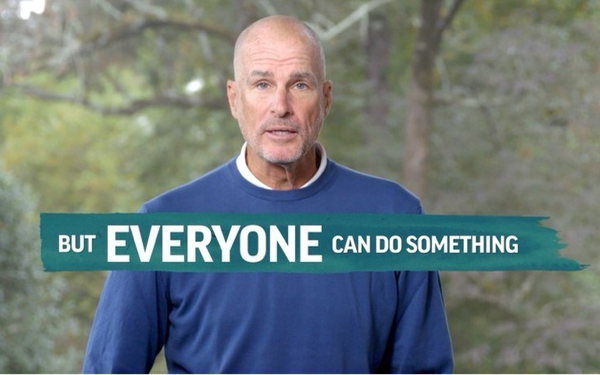 “Fifty percent of athletes have experienced sexual harassment or abuse,” says ESPN commentator and former NBA player Jay Bilas, leading off “We Can,” a new :60 PSA for WeRideTogether, a year-old nonprofit working to end sexual misconduct in sports.

“One in four college athletes say they were sexually abused by an authority figure,” adds Tori Bilas, Jay’s daughter and a passionate equestrian.“These stats need to change,” her dad then declares. “Everyone can do something to prevent sexual abuse in sports.”

What can they do? Suggestions from the duo include “Say something when you see something, “hold coaches and athletes accountable,” and “speak out against sexual harassment.”

The PSA, created by Wrigley Media Group, can be seen on YouTube, Instagram, Facebook and the websites of both WeRideTogether and Horse Network, a 10-year-old online publication for horse lovers.

The Horse Network, which develops organic content for WeRideTogether, also distributes and promotes the nonprofit’s PSAs, which now number six. The content was initially focused largely on sexual abuse in horse riding and grooming, which makes sense since founder Carrie Kehring developed WeRideTogether because her daughter had been abused by a riding coach.

The PSAs have since expanded to cover the entire sports world, with “We Can” specifically touching on basketball and tennis in addition to horse riding.