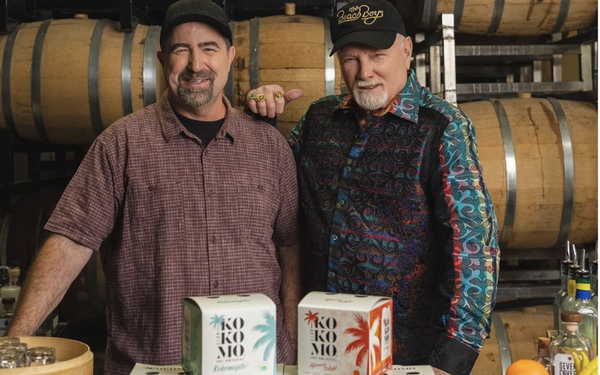 Mike Love, of The Beach Boys rock-and-roll fame, is the latest celebrity to enter the ready-to-drink cocktail category.

With 10% alcohol by volume, points of differentiation for Club Kokomo include that beverages are gluten-free and have no artificial ingredients.

“Club Kokomo is an idea that I’ve had in mind for many years,” said Love, who still tours with the Beach Boys after more than 60 years. “The song ‘Kokomo’ was number one on the charts when it was released in 1988, and it’s still one of the most popular sing-alongs at our concerts today.”

Club Kokomo’s RTD line is available for online delivery in California and at retailers in San Diego. Plans call for national expansion in 2023.

Among other promotions planned for the brand is a sponsorship of The Beach Boys Good Vibrations Cruise from Miami to Belize and Mexico scheduled for March 3-8.

In a recent survey of 250 independent liquor stores by online delivery platform Drizly, spirits affiliated with celebrities were cited by 53.7% of respondents as their reason for stocking them—second to locally made products (64.5%).

In a similar survey last year, celebrity affiliation ranked #3 behind locally made and organic/natural products.