Ryan Reynolds Gets A New Model Of Himself 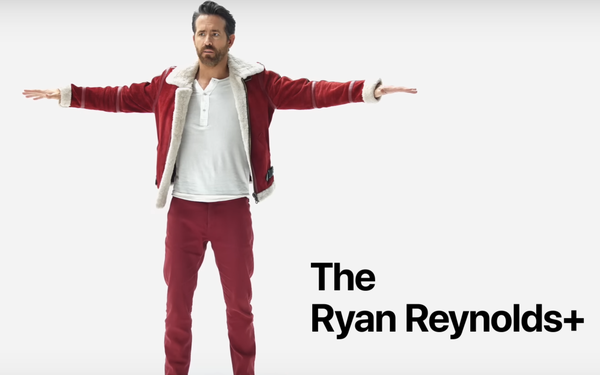 Apple TV+ is promoting its Christmas movie “Spirited” with a new ad featuring stars Will Ferrell and Ryan Reynolds that claims there’s now a new, optimized model of Ryan Reynolds.

“The complexity in the eyes is immediately apparent,” says co-star Octavia Spencer.

“Is he funny? Confused?” Ferrell continues. “With a new 3X emotional range, the Ryan Reynolds Plus can be any of those things at any time.”

Ferrell goes on to say that there have been some bug fixes. “We covered his hideous face with a beard and took out the bags under his eyes” -- which causes Reynolds to cry out, “I have three kids!”

The ad was handled by TBWA\Media Arts Lab.