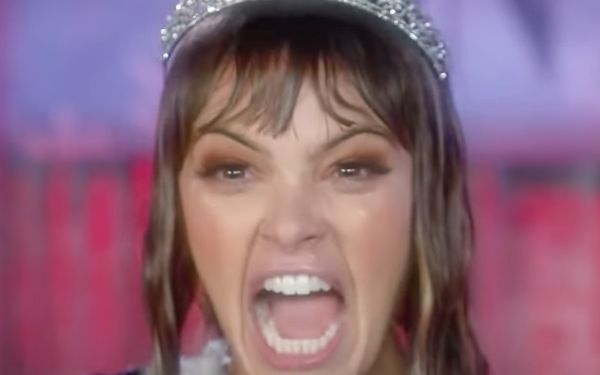 Premium tea Pure Leaf’s “No Is Beautiful” brand platform will make a cameo appearance in the “Christmas Class Reunion”  film on the Hallmark Channel.

As seen in this trailer, the film brings together 2007 high school graduates for a mix of fun and chaos.

Launched in early 2020, the “No Is Beautiful” theme marked a pivot from Pure Leaf’s previous emphasis on quality and functionality to female-focused brand purpose.

A nod to no artificial ingredients, “No Is Beautiful” promotes a world in which saying “no” to everyday stereotypes should be easier and more culturally acceptable for women.

Although it’s not revealed in the trailer, Pure Leaf’s moment in the spotlight comes as Teegarden’s character, Noelle, faces a “no” moment that provides an opportunity for her to say yes to spending holiday time with family and friends.

Pure Leaf would not elaborate on the specifics of the scene.

“We hope to inspire viewers to let go of the pressure to say ‘yes’ to everything during the holidays so they can simplify their days and truly enjoy the magic of the season,” Pepsi Lipton Partnership North America general manager Julie Raheja-Perera said in a news release.

From Dec. 7-11, Pure Leaf will give away its limited-edition Merry Mint iced tea to winners of a promotion on Instagram who post their favorite holiday emojis on the brand’s giveaway post.

Prior to the debut of “Christmas Class Reunion” the evening of Dec. 10, Pure Leaf will host a pop-up event in Boston from 11 a.m. to 6 p.m.

Scheduled to take place in a storefront on Newbury Street, the event will include a sneak peek of the Hallmark Channel movie and samples of Merry Mint.