Wren, McCann Others Inducted Into AAF Hall Of Fame 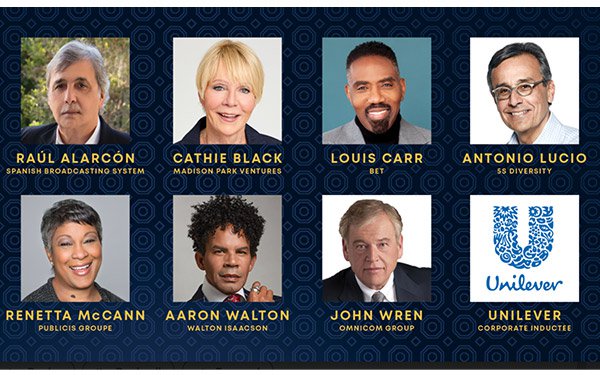 The American Advertising Federation (AAF) announced today the inductees for its 72nd Class of the Advertising Hall of Fame.

Seven individuals, along with Unilever, were elected by the Advertising Hall of Fame Council of Judges.

This year’s individual honorees include:

McCann is also being honored with David Bell Award for Industry Service, which recognizes extraordinary, unique contributions and service to the advertising industry as a whole.  The award is named in honor of former Interpublic CEO David Bell (Hall of Fame Class of 2007), who mentored several generations of advertising professionals.

Unilever is this year’s corporate honoree, and is being recognized for its global leadership in doing business in sustainable ways.

Industry veteran Carolyn Everson served as the Chair of this year’s Council of Judges.