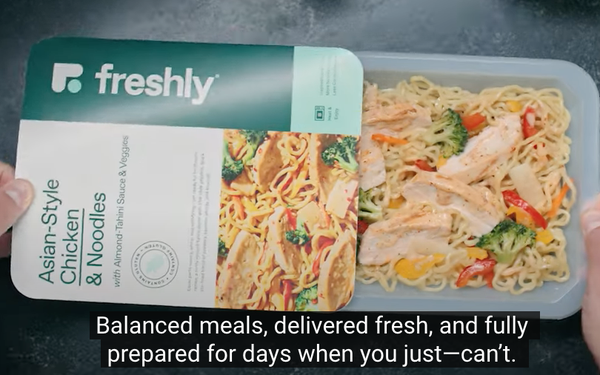 Nestlé says poor timing is the impetus for its decision to reduce its ownership of D2C meal-delivery platform Freshly in a merger with food manufacturer Kettle Cuisine.

When Nestlé USA acquired approximately 16% of New York-based Freshly in 2017, it said the deal was “directly aligned with Nestlé's strategic focus on finding new avenues to deliver delicious, nutritious meals to consumers in a way that fits their busy lives."

In 2020, Nestlé purchased the remainder of Freshly—which prepares and delivers non-frozen meals that can be heated and served in three minutes.

As reported by TechCrunch, Nestlé paid $950 million in the deal—which included additional potential payments of $550 million based on Freshly’s subsequent financial performance.

At an investor seminar last week in Spain, Nestlé CEO Mark Schneider said the acquisition had not met the company’s expectations—due in part to changes in consumer tracking and post-COVID consumer behavior.

“This is probably where the environment in 2020 fooled us because we still had much, much lower customer acquisition costs in this cookie-dominated, data-acquisition world,” said Schneider.

“And then, of course, as the pandemic waned, clearly customer retention did not maintain the levels we saw during the pandemic and hence the narrowness of this business case became so much more apparent.”

The merger reduces Nestlé’s ownership stake in Freshly to 41%.

One attribute of the deal cited by Schneider is Kettle Cuisine’s relationships with hotels, restaurants and other foodservice operators impacted by inflation and labor shortages.

“And I believe that this joint venture also, while the acquisition has not met fully its objectives, it gives us a chance to earn a substantial park back of what we did not realize in the first round.”