'Dreamer Of The Year' Focus Of New Broadcast, Online Campaign 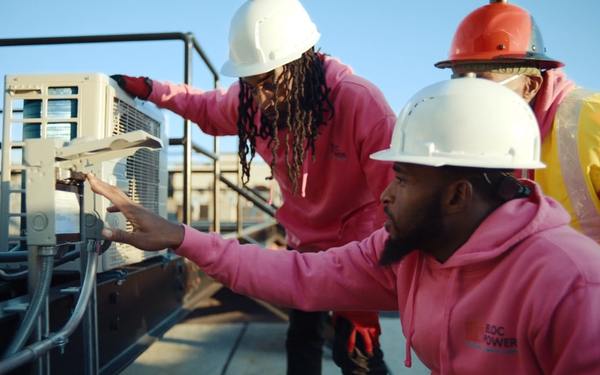 Time and American Family Insurance unveiled the inaugural "Dreamer of the Year" Award, presented in tandem with Time's Person of the Year franchise.

The new award was supported by an ad campaign saluting the winner—Donnel Biard, founder and CEO of BlocPower, a Brooklyn-based climate-­technology company that retrofits buildings in low-income neighborhoods with solar panels, electric heat pumps, and other green tech.

The campaign was developed by multicultural agency Elite Media which worked with Time Studios to create a digital film and television spot highlighting Baird’s contributions and vision.

A long-form version will run on American Family and Time social media channels, while a 30-second ad will run on broadcast TV beginning today, following Time’s live “Person of the Year” announcement on NBC’s Today.

Media was handled by Performics.

“A dream begins with bold moves,” intones the narrator of one spot.

Baird appears in the ads and explains how Bloc Power came to be. He was inspired in part by his own upbringing in Brooklyn where his family (and many others) often depended on ovens for heat in the winter because antiquated and poorly maintained heating systems didn’t work.

The award was created to recognize an individual who works to protect, restore and champion dreams, while inspiring others to pursue their own.