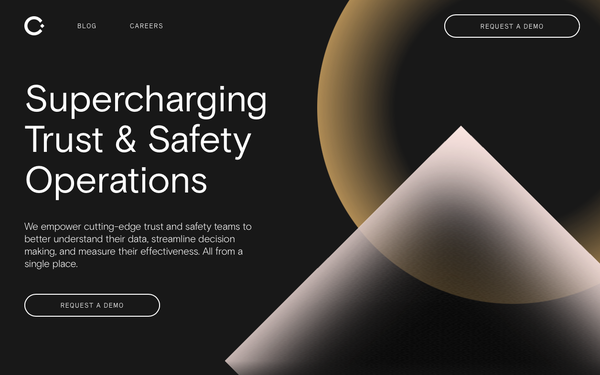 Former Meta Trust and Safety employees, among others, have launched a start-up aimed at streamlining the content-moderation process for companies facing serious abuse challenges on the internet.

Backed by venture firm Accel, which led a $4 million seed round in May followed by a $10 million Series A this month, with participation from startup accelerator Y Combinator, Cinder says it can manage complex integrity operations and investigations under one platform to create a safe environment for a company’s users.

Cinder was developed by former experts from the US Government, Palantir (a software company), and Meta’s Trust and Safety division, Glen Wise, Phil Brennan, Brian Fishman, and Declan Cummings.

“The Internet today is the wild west. From hate groups to fraud rings to state sponsored disinformation campaigns, people live in a state of perpetual fear and distrust and the pressure is mounting on digital platforms to effect change,” says CEO of Cinder Glen Wise. “But this is not just a Meta or Twitter problem. Every organization understands they are vulnerable to threats, and will be held accountable not only by their users, but also increasingly by government regulators.”

Wise added that Trust and Safety teams are typically under-resourced and lack the proper tools to manage the range and complexity of internet abuse cases and investigations at scale, which require expertise on targeted harassment, hate groups, child sexual abuse, state-sponsored influence operations and more.

According to Wise, these issues can be complicated to solve and take time. Wise told TechCrunch that companies would hire qualified people who would “be stuck in spreadsheets,” adding that they would be “stuck in SQL statements and be stuck in this kind of world of the past because they had no tools custom built for this.”

The company claims to be the only integrated platform that manages an organization’s Trust and Safety operations, including policy setting, case and investigation management, moderation and reviews, risk monitoring and compliance.

“The internet has undoubtedly changed our everyday lives, but its lack of Trust and Safety protections has made it an unsafe place for many,” said Sara Ittelson, partner at Accel.