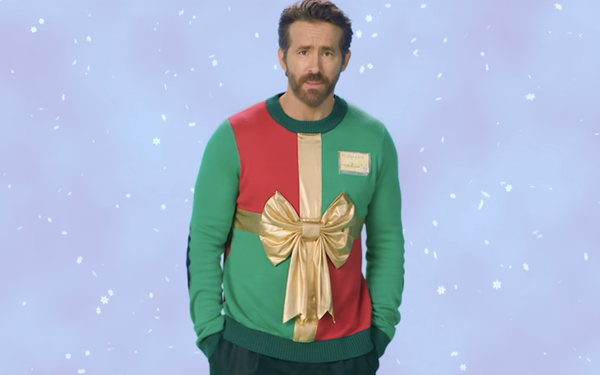 Ryan Reynolds is at it again with another commercial -- this time, an ad for the charity Sick Kids Foundation.

As Reynolds mentions, every year, he makes a video to help raise money for the organization. In this video, his ugly sweater begins talking with a voice that sounds a lot like Seth Rogen. The sweater says that he’s tired of Reynolds’ self-deprecating jokes and floats the idea of having NHL superstar Auston Matthews make a cameo (which Matthews does).

The sweater then urges the director to cut to the titles “before [Reynolds] makes an obscure pop-culture reference.”

The ad notes that Samsung Canada will match any donation up to $100,000 before midnight Dec. 24.