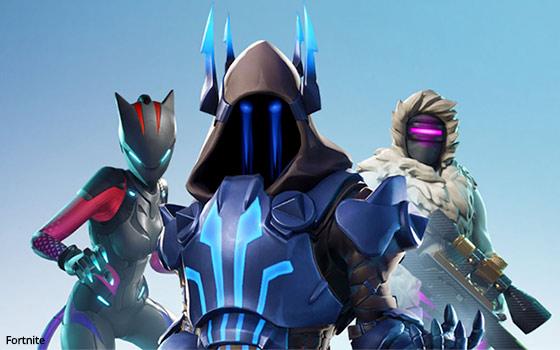 The proposed fine settles two separate complaints brought by the FTC against the developer -- one over children's privacy, and one over in-app billing and refund practices.

The privacy complaint, which Epic settled by agreeing to pay $275 million, alleges that the company knowingly collected personal data from children under 13 without their parents' consent, in violation of the federal Children's Online Privacy Protection Act.

"Through Fortnite, Epic matches children and teens with strangers around the world in interactive gameplay, encourages real-time communications by featuring on-by-default voice and text chat features, and publicly broadcasts players’ account names," the FTC alleged in a complaint filed in U.S. District Court for the Eastern District of North Carolina.

In addition to the fine, the settlement agreement requires Epic to revise its default settings for children as well as teens.

The agreement specifically prohibits Epic from enabling voice and text for children under 13 without their parents' consent, and for teen users under 18 without their affirmative consent.

The FTC also alleged in a separate administrative complaint that Epic billed parents for charges their children racked up while playing Fortnite, without ensuring the parents knew of the in-app charges.

For instance, the FTC says, a button that allows users to preview different in-game outfits appears directly below the button to purchase items. When mobile users pressed the wrong button, Epic immediately deducted the cost from their in-game currency balance, the FTC alleges.

“If users realize their mistake and attempt to cancel their purchase, Epic attempts to prevent them from doing so," the complaint states.

The agency adds that Epic used “design tricks” to prevent people from cancelling purchases. Among other strategies, Epic allegedly designed its interface to hide the option of requesting a refund.

The FTC previously brought complaints against Google, Apple and Amazon for allegedly unfairly billing parents for their children's in-app purchases. The complaint against Epic, which uses the phrase "dark patterns," comes several months after the FTC said in a staff report that companies are increasingly using manipulative design practices to dupe consumers.

Epic has agreed to pay $245 million, which will be used to give refunds to consumers, to resolve the allegations regarding in-app billing.

The company stated Monday that it accepted the settlements because it wants Epic “to be at the forefront of consumer protection and provide the best experience for our players.”

“No developer creates a game with the intention of ending up here,” the company added.

Advocacy groups Fairplay and the Center for Digital Democracy cheered news of the settlement.

Jeff Chester, executive director of the Center for Digital Democracy, added that the deal “tells online marketers that from now on, teenagers cannot be targeted using unfair and manipulative tactics designed to take advantage of their young age and other vulnerabilities.”

Senator Ed Markey (D-Massachusetts), who is pressing Congress to move forward with a bill to restrict companies' ability to collect data from teens, also praised the FTC's enforcement action.

“Today, companies of all kinds see kids’ and teens’ data as dollar signs,” the lawmaker stated. “Without immediate action to thwart the pernicious threats facing young people, we will fail to safeguard them.”