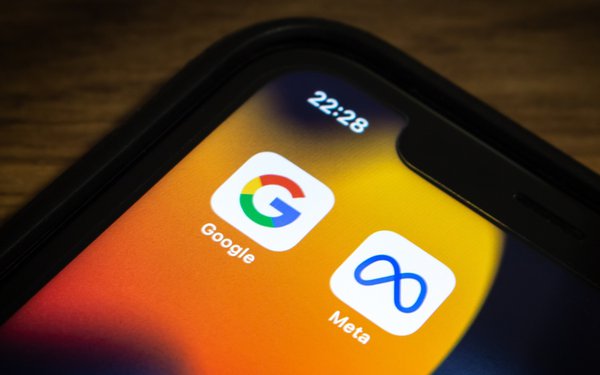 Google and Meta’s long dominance in global advertising continues to erode, with their combined ad revenues slipping below half of total U.S. digital ad revenue in 2022, for the first time since 2014, according to projections by Insider Intelligence.

Meta’s advertising growth has been more affected by diminished ad targeting capabilities as a result of Apple’s iOS opt-in privacy policy change than Google’s, since Google uses search-generated user intent data for targeting, rather than app and web tracking data.

TikTok’s rapid user and advertising ramp-up has hit Meta hard. But with a currently comparatively small ad revenue share, TikTok is still expected to be behind Google, Meta, Amazon and Microsoft/LinkedIn among U.S. digital advertising leaders as of 2024, with a projected $8.6 billion in ad revenue.

Still, the competition’s impact is adding up.

This year, Google and Meta’s ad-revenue growth are projected at 3% and 5%, respectively, versus double-digital growth for Amazon (19%). Other tech companies, while still having relatively small shares of U.S. digital ad revenue, are projected to see even greater percentage growth. Examples include Walmart (42%), Instacart (41%), TikTok (36%), Spotify (30%) and Apple (26%).

Apple’s ad revenues have grown from about $2 billion to $7 billion since 2018, for a 1.2% share globally, and with a major ramp-up underway to achieve its declared goal of “redefining advertising” in a privacy-centric environment, it could reach $30 billion by 2026, by some estimates. Apple has already launched a competitor to Google Maps, an iPhone search function.

The retail media networks of Walmart, eBay, Etsy and Instacart grabbed a combined U.S. digital ad share of 1.4% in 2022, according to Insider Intelligence.

Microsoft/LinkedIn continue to build their advertising businesses, and streaming platforms are also beginning to make a dent in the marketplace. Roku, Hulu, Pluto TV, Paramount+, Tubi and Peacock pulled a combined 3.6% share in the U.S. in 2022 — and the new ad-supported tiers of Disney+ and Netflix bound to attract significant advertising dollars this year and beyond.

Still, while digital ad growth will slip from 10.7% in 2022 to 9.2% this year, per GroupM, digital will claim nearly two thirds of projected total U.S. ad spending. And it is always possible that innovations will actually grow the overall digital advertising expenditures pie in the months or years ahead.