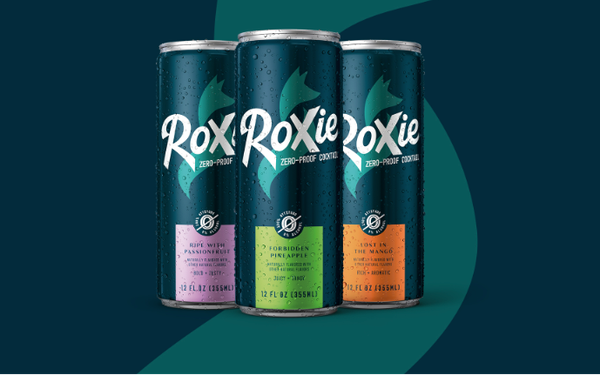 Molson Coors Beverage Co. is adding to its nascent portfolio of non-alcohol beverages with the launch of the Roxie canned-cocktail brand.

Containing 90 calories and debuting with Lost In The Mango, Forbidden Pineapple and Ripe With Passionfruit flavors, Roxie is available for purchase only on the brand’s website—a first for Molson Coors.

Roxie was developed in collaboration with LA Libations, the California-based beverage incubator in which Molson Coors owns a minority stake.

In a blog post today, Molson Coors vice president of innovation Jamie Wideman said the company “envisions a day” when Roxie is sold through retail channels,  but the first priority is harnessing the benefits of D2C.

“Using online and social platforms allows us to hear consumer feedback and innovate off that feedback quickly,” Wideman noted.

Roxie is targeted to consumers ages 21-34.

Molson Coors has also been ramping up for the U.S. launch of non-alcohol beer brand Peroni 0.0.

As previously reported, Peroni 0.0 will extend premium, Italian-heritage Peroni beer’s global sponsorship of the Aston Martin Formula 1 team to the United States with three races in Austin, Miami and on the Las Vegas strip.

Another pillar of Molson Coors’ non-alcohol portfolio is ZOA Energy, which launched a year ago this month.

Two months ago, the company said that ZOA ranked #12 in the U.S. energy drinks category per data from IRI.

Next month, Molson Coors will run at least one commercial during the Super Bowl telecast, following a decision by Anheuser-Busch InBev to give up its 33-year, exclusive alcohol rights.

It’s not known which of the company’s brands will be featured.