Embargo Mania Animates The Life Of A TV Columnist 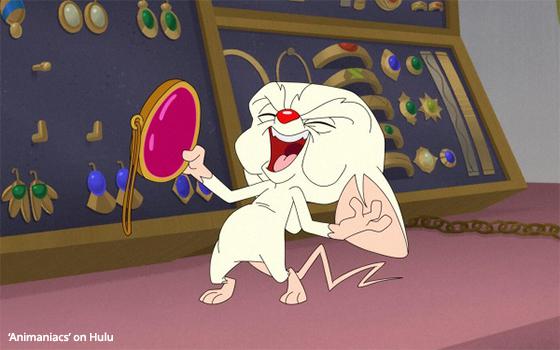 It is not particularly dismaying to learn that I am prohibited from reviewing Season 3 of “Animaniacs” due to an embargo date on such reviews imposed by Hulu.

It was unlikely I would have reviewed this cartoon show anyway, since that would be pointless. It’s a cartoon. What could I possibly say about it? That Pinky puts in a more nuanced performance than The Brain?

Moreover, the embargo has been placed in advance of the show starting its third season, which would not exactly qualify it for a review around here.

I don’t know about other TV critics (we are not a sociable group), but except for a very small handful of exceptions, I almost never review shows when they are starting any seasons other than the first one.

Publicity departments impose these embargoes in the belief that journalists will have no choice but to cover their shows as close as possible to their premiere dates, thus maximizing the potential for tune-in, the publicists believe.

However, imposing review and feature-story embargoes on upcoming TV shows constricts columnists and reporters to time frames that are so narrow that many shows will not get covered at all.

That leaves just five possible days to slot a review of “Animaniacs” by that Friday, in an era when journalists on the TV beat are inundated by new TV shows.

It has been more than two years since the TV Blog last took up the subject of arbitrary embargoes.

Back then, the complaint was more about Netflix than other streaming services and networks, since Netflix was the clear pioneer of the practice.

A handful of other content providers were just beginning to impose embargoes of their own then, but now, almost everybody does it.

I would love to share with you what I thought of the show, but alas, I am not permitted to do that. I also wonder sometimes that if I were to disobey and break an embargo, and the review is 100% positive, would a publicist actually call and scold me for violating the embargo?