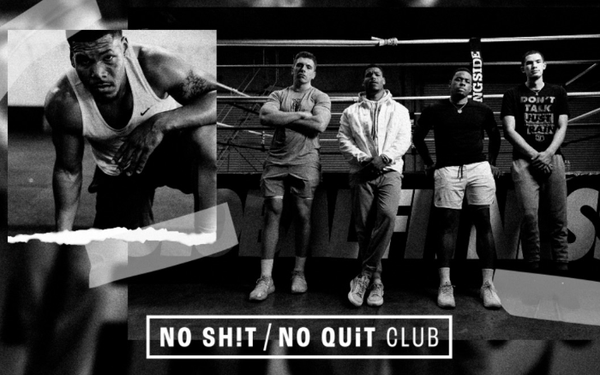 C4 Energy is offering people incentives to keep New Year’s resolutions throughout 2023 by seeking 100 members for a new physical-training program called the No Sh!t/No Quit Club.

The initiative falls under a campaign titled “Be You. But Better.”

It’s designed to distance C4 Energy—which sells pre-workout powders and energy drinks—from brands that latch onto New Year’s resolutions only to quickly abandon them, as do many people.

“We know that two or three weeks into January, these resolutions go out the window. People lose interest in the commitments they’ve made,” Robert Zajac, CMO of C4 Energy parent Nutrabolt, tells Marketing Daily.

“What’s interesting to us is that a lot of times brands take advantage of those first couple of weeks and they also move on to the next thing.”

The 100 people who commit to daily physical training sessions—some of them live-streamed—will be supported by a squad of trainers that include actor Kevin Hart’s personal trainer, Ron “Boss” Everline, as well as Kaisa Keranen, Thoren Bradley and George Bamfo Jr.

Participants also will receive gym memberships along with free C4 Energy products and early access to new flavors and launches.

The program will reside on a private TikTok channel—with applications being accepted beginning Feb. 14.

“We might start with 100 people, but they have to check in every day. We don’t want you to reinvent yourself—just be a little bit better. We might not end with 100. It’s a big commitment.”