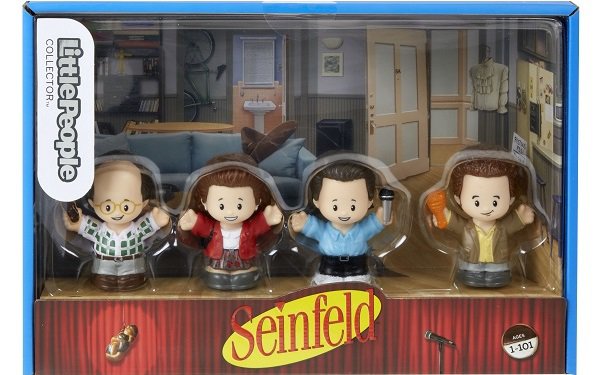 On rare occasions, the stars refuse to align and you get a TV Blog like this one.

This is the story of the kind of day that happens sometimes in the life of a TV columnist who is tasked with dreaming up a topic for a TV blog five days a week every week.

Coming up with a topic for this daily column is always the first item on the daily to-do list. Most often, this process starts with checking the schedule of new, upcoming TV shows, deciding what looks interesting, and then going in search of what the p.r. people call “assets” --  photos, background information and screeners.

Generally speaking, these are found with relative ease on the proprietary web sites the networks and streamers set up for journalists on the TV beat. We all have user names and passwords for these. At the moment, I have access to 29 of them -- from A+E to Warner Bros./Discovery.

As the workday dawned yesterday, I had no need of them, however, because at around 9:30 a.m. I received an email news release from the p.r. firm Weber Shandwick on behalf of Fisher-Price announcing that the toy company was coming out with a line of “Seinfeld” mini-figures (package photo above).

It was a great news release too, written in a sprightly way and chock full of “Seinfeld”-isms. “Even with the holiday season over, Fisher-Price is still saying, ‘Festivus for the rest of us!’ ” the release said.

“In collaboration with Warner Bros. Discovery Global Consumer Products, Fisher-Price is unveiling a ‘Seinfeld’ Little People Collector set. The monologue is starting, so cancel your plans, pick up a loaf of marble rye and grab a bowl of cereal because the Seinfeld crew is back in Jerry’s NYC apartment like you’ve never seen them before!”

Aimed at kids and collectors alike, the set was released in stores yesterday (Monday) for $24.99.

I even had visions of dreaming up my own fanciful kids’ shows based on L’il People Collector sets I would like to see for other renowned TV shows.

But the blog fell apart when I searched online and found that these kinds of figures -- although not the Fisher-Price ones -- have been out in the marketplace for several years now from a company called Funko.

For me, this had the effect of letting the air out of this Fisher-Price mini-figure story, and I made the decision to skip it. I realize too that I have just written about it, and have even chosen a photo of this new toy set for the top of this TV Blog, so, in a way, they got their story anyway.

I had even gotten around to making up one of the kids’ shows I would have included in the story -- “Li’l Sopranos.”

“In this new animated series, our gang of li’l Sopranos are a lovable band of little rascals working to control playgrounds and schoolyards in and around their North Jersey community,” ran this blurb.

“Once established, li’l Tony, Paulie, Sylvio, Bobby Bacala and Big Pussy have a plan to ‘ask’ the other children to fork over their lunch money for protection against schoolyard bullies.” Lesson for kids: Set goals, show initiative. Suggested network: PBS Kids.

In any case, a new blog topic was needed and I stumbled on a new comedy series from Ireland called “Extraordinary” premiering on Hulu tomorrow (Wednesday).

I had the screeners but not the other crucial assets of photos and background information. I wrote to a pair of Hulu publicists for these items and someone provided them at around 3 p.m.

In the meantime, I had started to watch the show anyway and “borrowed” a photo from Google Images. The show is about a world that looks much like our own, except that everyone possesses some sort of superpower -- one that is either assigned to them as they become adults or that they choose them themselves. I am not sure which.

The central figure in the show is a young woman who has somehow been skipped (so far) in the handing out, or choosing, of superpowers.

I liked the premise and loved the opening scenes. They were well-written. It figured to be a sharp comedy.

However, the show soon went South for me as it became a show more about this young woman’s graphic sex life than the superpower story it was cracked up to be.

Sometimes this happens: In the process of previewing a show for one of these blogs, I come to dislike a show so much that I decide it is not really of value to anybody if I review it at all.

This is what happened to “Extraordinary.” And the result is this TV Blog, which is not exactly extraordinary either.