Netflix Shocks With Massive Q4 Gain, Hastings To Step Down 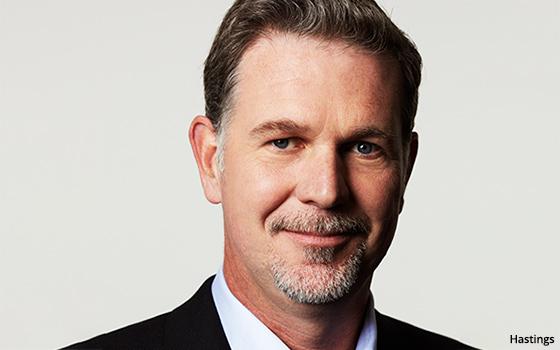 Analysts were expecting just 4.5 million new subscribers in the period. This news rocketed Netflix's stock price in after-hours trading -- up just under 10%.

In its shareholder letter, the company did not disclose many subscriber or other financial details with regard to its new and closely watched advertising option, "Basic With Ads," which started in November.

Netflix did say this: “We believe branded television advertising is a substantial long term incremental revenue and profit opportunity for Netflix, and our ability to stand up this business in six months underscores our commitment both to give members more choice and to accelerate our growth.”

Early estimates projected that Netflix could pull in 250,000 Basic With Ads subscribers. That would equate to 3% of its new subscriber gains in the fourth quarter. Higher estimates would mean that Basic With Ads could add as many as one million subscribers in the period.

Netflix has also announced a major management change. Longtime chief executive officer Reed Hastings -- most recently co-CEO along with Ted Sarandos -- will be transitioning to the position of executive chairman.

With regard to total global subscriber growth, these new quarterly results give Netflix a total of 231 million global paid memberships -- of which 74.3 million come from the U.S. and Canada, up 910,000 in the period versus the previous quarter.

Netflix's good fortunes are a major reversal of the first two quarters of 2022, when global streaming paid net additions declined versus the previous sequential quarterly periods.

The company points to a year-over-year unexpected decline due to the appreciation of the U.S. dollar.

Quarterly revenues amounted to $7.85 billion -- up just 2% from the fourth-quarter period of a year ago, and exactly in line with expectations.