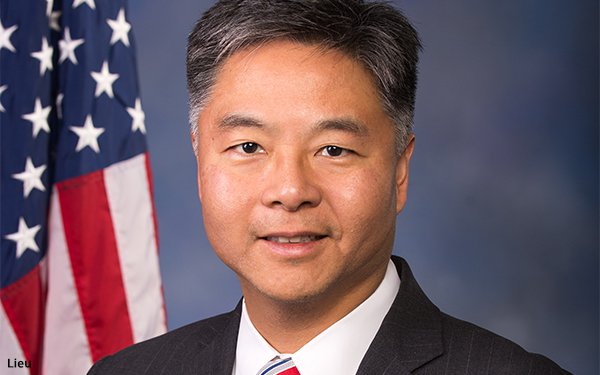 A federal lawmaker is calling for a new agency to regulate the use of artificial intelligence, which powers technologies including self-driving cars, language processing and facial-recognition systems.

“An agency is nimbler than the legislative process, is staffed with experts and can reverse its decisions if it makes an error,” Rep. Ted Lieu (D-California) writes in an op-ed in The New York Times.

Lieu addresses several applications of artificial intelligence, including its use in facial recognition. The lawmaker argues that current facial-identification technology is problematic, writing that it's “less accurate for people with darker skin, resulting in possible misidentification of innocent minorities.”

“Left unregulated, facial recognition can result in an intrusive public and private surveillance state, where both the government and private corporations can know exactly where you are and what you are doing,” he writes.

Among other provisions, his bill would prohibit law enforcement from using facial recognition to create records of people who are engaged in lawful protests.

The business, owned by James Dolan, has used facial recognition to deny admittance to a mother attempting to accompany her daughter to a Rockettes performance at Radio City, a lawyer who attempted to attend a Mariah Carey concert, and attorneys with tickets to Knicks games.

Some of those denied entry have sued under a New York law that requires entertainment venues to admit all ticket holders over the age of 21. That law has an exception for sports events.

A recently drafted New York City bill would prohibit the use of biometric surveillance technology in places of public accommodation, according to a City Council staffer. City lawmakers haven't yet introduced that bill.