Retail Media 101: Why It's Better Than Search 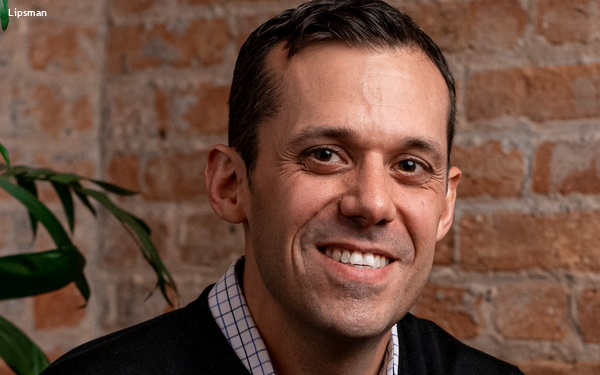 Retail media networks, which have been around for less than a decade, have turned into a stealth tsunami, expected to reach $45 billion this year. Andrew Lipsman, principal analyst at Insider Intelligence, tells Retail Insider what's propelling this third wave of digital advertising and how it's rewiring basic retail business models.

Retail Insider: Outside the media buying world, many people have ignored these networks. And even among retailers, these teams tend to work in their siloes. Now they're everywhere. Give us a brief history.

Andrew Lipsman: Amazon, somewhat quietly, built a gargantuan ad business, starting over ten years ago. Then we began to see Procter & Gamble display ads on Walmart.com. At the time, we called them digital endcaps, and we thought they served a similar function as they raised brand awareness. It's been driven by search, analogous to Google. It's even better than search, because people are already in the digital store.

Then things really changed when Amazon, which had been reporting ad income in its "other" line, broke it out as ad revenue.

Retail Insider: Ads accounted for close to $10 billion in Amazon's last quarter, and many were stunned. But back up: Did you say these ads perform better than search?

Lipsman: Yes. These ads have everything a search ad does in terms of relevance and high intent from the consumer. But people see them when they're a step further in the path to purchase. And then Amazon's numbers really got noticed in the popular press. It became clear that this would be a large ad business. We're estimating it will be $45 billion this year.

Retail Insider: Why has it taken other retailers so long, relatively speaking, to get going?

Lipsman: This isn't a core competency. As much as they wanted to compete with Amazon, they didn't have the skills, talent or technical capacity. It was a slow start, even for players like Walmart. Many others are following suit now. Retailers have a lot of online traffic, and it is relatively easy to monetize. And I believe that retail media is in its early innings. It's about to get interesting.

Retail Insider: How so?

Lipsman: First, retail media is moving up the funnel, particularly into streaming TV. It's all about that first-party data and how it's used. Amazon is obviously doing a lot in streaming TV, particularly with the Thursday night football and the NFL game. It's an absolute game changer for how we think about TV advertising. Second, in-store attribution data completes the return-on-ad-spending picture for brands. And finally, it will prove that physical stores are the next major media channel.

Retail Insider: Explain that because I think many would argue physical stores continue to lose relevance to online shopping.

Lipsman: The digitization of physical stores is a megatrend, even if it's taking longer to materialize. There's more digital signage entering stores and on different surfaces, between aisles, drop-down screens, smart carts, and cooler doors. How will that impact impulse spending and change in-store sales? It's an incredible branding platform because you have massive audiences -- bigger than digital and TV. It's a brand-safe environment, reaching people close to the point of purchase.

Retail Insider: What retail categories are the ripest right now?

Lipsman: The future of retail media goes through groceries: lower price points, better influenced by smart advertising. And their data is sophisticated. The Krogers, Albertsons and Walmarts of the world are all taking this into account. But it will ripple into other categories.

Retail Insider: Besides Amazon, which retailers are doing it best?

Lipsman: We've done a benchmark study and will continue to track them. Macy's, for example, is strong on analytics-driven competencies and attribution. Category leaders, like Best Buy and Home Depot, are important.

One problem for brands, though, is that they almost have to work with dozens of media networks, depending on traffic. That's causing a strain for brands. It's hard to work with all these different platforms at once. Still, things will shake out and probably won't be a game-changer for mid-tier retailers.

Retail Insider: Finally, how does this impact retail branding efforts? Aren't customers going to get so slammed with ads that they resent the retailer?

Lipsman: It's a question every retailer needs to be asking. There can be an inherent tension between delivering ads and customer experience -- and retailers don't want to get in the way of customer experience. Some people are asking if Amazon is overloaded with ads. Our research shows people tolerate those ads pretty well.

If it takes the consumer further away from what they were trying to purchase, it can be a problem. But if ads remain relevant, then the consumer doesn't care. So retailers need to be very careful.