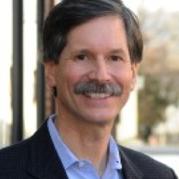 Ed Keller is CEO of The Keller Advisory Group. He is one of the foremost experts in word of mouth, influencer marketing, and consumer insights. As both an entrepreneur in social data & analytics and a top exec in leading insights agencies, he has built and sold businesses, launched data and insights platforms and products, acquired and integrated businesses, managed global teams, and worked with many of the world’s leading brands. He is a sought after board member and advisor for SaaS, data/analytics & MRX companies. Ed has been called “one of the most recognized names in word of mouth” and is inducted into the Word of Mouth Marketing Hall of Fame as well as the Market Research Hall of Fame. The publication of his book, The Influentials, has been called the "seminal moment in the development of word of mouth." His second book, The Face-to-Face Book: Why Real Relationships Rule in a Digital Marketplace, was named the Best Book in Marketing by the American Marketing Association.