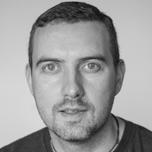 Volker is an expert in Digital Marketing, particularly in Programmatic Marketing and Second Screen Technology. Currently working for Civolution in London; he built a highly-respected Real Time Bidding (RTB) service provider and key player in the UK market. He managed the UK and international sales, services and account management team and was instrumental in the company’s success. Volker’s early career includes search marketing and agency side roles, in which he developed digital marketing strategies for top brands.