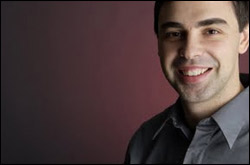 Google launched AdWords Express in the U.S. during the quarter, allowing advertisers to provide basic information, while the platform automates keywords and bids. The move supports the increase of aggregate paid-search clicks from ads served on Google sites and the sites of AdSense partners that Google announced during its Q3 earnings call Thursday.

Paid-search clicks jumped 28% in Q3 2011, compared with the year-ago quarter, and 13% sequentially. The average cost per click (CPC) rose 5%  compared with the year-ago quarter, but declined 5% sequentially. The reported uptick also highlights adoption of mobile search, advertising, and platforms like Chrome, which now supports about 200 million users.

Google continues to push the connection of search marketing efforts online with offline campaigns through platforms like mobile. Android supports more than 190 million activated devices. Larry Page, Google CEO and co-founder, emphasized Google's more than $2.5 billion annual mobile run rate, but declined to break out the contribution of search versus display advertising. He did allude to next week's announcement with Samsung, which rumors suggest is about the launch of Ice Cream Sandwich, Google's next Android operating system.

Page also said Google+ now supports about 40 million members. About 100 features launched in the past 90 days, with more than 3.4 billion photos uploaded into the system by users. "Sharing on the Web will be like sharing in real life," he said, suggesting that the company has shipped the plus, and now it will ship the Google part.

Google-owned sites generated revenue of $6.74 billion, or 69% of total revenue, in Q3 2011. They represent a 39% increase compared with the year-ago quarter, which brought in revenue of $4.83 billion.