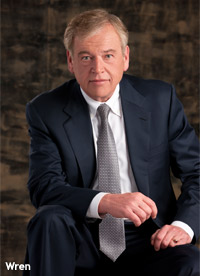 Omnicom Group, the New York-based ad holding company, reported a nearly 13% revenue gain in the third quarter to $3.381 billion and a nearly 17% jump in net income to $203.7 million.

The big gains didn’t excite investors much. Although the Dow was up 100-plus points in midday trading, Omnicom was down slightly (less than 1%). Organic revenue growth for the period was up a solid 7.2%, which was slightly higher than the 6.8% organic growth that the holding company reported for the previous quarter.

Organic growth in the U.S. for the quarter was 5.8%, and the company reported, was driven by brand advertising and customer relationship marketing operations. The U.S. accounts for just over half of the company’s revenue.

While several analysts have predicted slower organic growth for the company in the fourth quarter and in 2012, due to concerns about the economy, Omnicom executives said there were no signs yet that clients intended to pull back on advertising and marketing efforts in the near future.

“Business is still holding up, and people are still confident in marketing,” Omnicom CEO John Wren told analysts on a Tuesday morning call to discuss third-quarter results. “There is nothing negative today other than the macro headlines, which is not reflected in client spending habits,” he added.

That said, Wren acknowledged that some of the global economic signs were of some concern and being watched carefully by the company, which is also keeping a sharp eye on expenses. As for next year’s client spending, Wren said budgets weren’t set yet. And at this point, it’s hard to get a read from clients, Wren said. “It’s too early to tell. That’s a fluid conversation.”

Ultimately, he said, “the macro backdrop has a lot to do with” where those budgets will end up. Wren also said the company’s future performance “will be affected by external factors” outside the company’s control, including how well Europe deals with its debt crisis and how effective Washington will be at fostering domestic economic growth.

Company CFO Randy Weisenburger noted that severance costs were up significantly in the third quarter versus a year ago. He did not go into detail about those costs, but had indicated earlier that the company is consolidating operations in a number of markets worldwide where it does a small amount of business.

In the targeted markets, where there are multiple agencies in various offices, the agencies are being moved into a single office. Revenue for the first nine months of the year is up almost 12% to a little over $10 billion and net income for the same period is up 17% to nearly $680 million.