Retrevo: Retailers Need To Get Their Apps Together 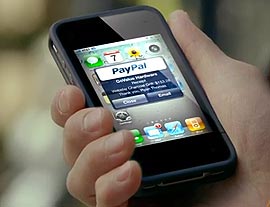 You can try to wish them away and reminisce about the days when people shopped and purchased in physical stores. But shopping apps for mobile devices aren't going away, and retailers have two choices when it comes to savvy shoppers with smartphones in their holsters: use 'em or lose 'em. Use the apps and mobile devices, that is -- or lose the consumers who view them as necessary shopping equipment for getting live reviews, price quotes and competitive deals.

Chains like Best Buy, Walmart and Target are up against it in this regard, according to consumer-electronics shopping and review site Retrevo.com. The site says that while shoppers have installed retailers’ apps, few have actually used it to help them buy something.

October data from Retrevo's ongoing Retrevo Pulse Report found that 43% of smartphone owners have installed a retailer's app on their mobile device, but only 14% of them have used that app to help them buy something in the store. Also, 78% of smartphone owners have checked out a product in-store, but then bought it from another online store, benefiting companies like Amazon at the expense of brick-and-mortar operations.

Consumer electronics retailers apparently have the most to lose by not figuring out how to exploit the mobile Web and apps to expedite purchases in their stores versus losing consumers to online sellers or other retailers with lower prices. Retrevo's study found that 58% of smartphone owners have checked out electronics in a store, but then bought elsewhere online. The second-most-transient consumers are looking at shoes, with 41% of smartphone owners who shop footwear opting to buy online (nice work Zappos.)

A hint at what retailers could offer that might stem the tide is implied in the Retrevo.com stat that 53% of consumer electronics shoppers say they have gone into a store to buy electronics, but couldn't decide what to buy. Thirty percent of survey respondents said this happened because they did not have the information they needed (online prices, reviews, specs, etc.), followed by feeling overwhelmed by the number of choices.

And they also felt the salesperson was of little help.

Said Manish Rathi, Retrevo.com's co-founder and VP of marketing: "In today's market, where many brick-and-mortar retailers are trying to stay competitive, retailers can't afford to merely serve as a showroom for Amazon."

The firm says that as more consumers become smartphone owners, retailers will have to figure out how to exploit smartphones. Rathi says retailers have to focus on creating better, more informative mobile apps.

mobile, research, retail
1 comment about "Retrevo: Retailers Need To Get Their Apps Together ".
Check to receive email when comments are posted.
Next story loading