What Search Marketers Can Expect From Baidu, Yandex 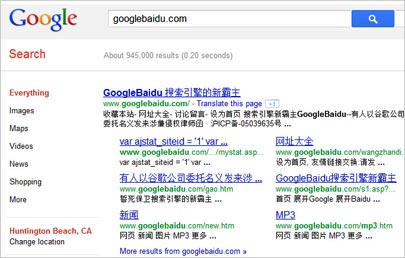 International search engines continue to gain attention. When Baidu reported Q3 earnings this week, company executives revealed that consensus estimates had been exceeded by 6%, telling investors and analysts to expect another 8% jump in Q4. Baidu's performance, driven by continued improvements to its Phoenix Nest paid-search platform, could put returns on par with Google long-term.

Piper Jaffray Analyst Gene Munster expects Baidu to "become more aggressive in the small business market to drive customer growth," but notes that management said to anticipate many improvements to Phoenix Nest. Sound familiar? The search engine continues to become the Google of Asia, with an advertising keyword-bidding system similar to Google AdWords.

And while Baidu might have a hold on search in China, the National Arbitration Forum just awarded Google the domain name GoogleBaidu.com in an arbitration case. At the moment, the IP address still states the registration name holder as a location in Shanghai.

Google may not hold out its hand to Baidu in China, but Microsoft did. In July, Baidu and Microsoft announced that Bing would provide English search results to Baidu searchers in China. The search results powered by Bing began appearing on Baidu search results shortly after. The two companies have been working to serve up ads on the engine for "some time." In China, Baidu's ad platform supports advertisers similar to adCenter in the U.S.

Yandex also reported higher-than-expected Q3 revenue of 5.16 billion rubles, 66% compared with the prior year. Munster notes that the company has seen no meaningful impact from a slowing economy on its text-based ad products -- but had some slight weakness in display from larger advertisers, he wrote in a research note.