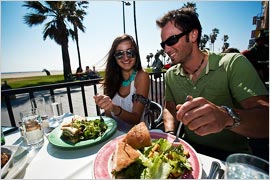 The recreation industry has been struggling as discretionary spending levels have remained at pre-recession levels.

While recreation foodservice sales actually declined by 2.6% last year, to a retail-sales equivalent of $15.8 billion, that represented a major improvement over 2009, when sales dropped by 10%.

"The recreation segment continues to evolve from a sector with very limited foodservice opportunities to one in which foodservice plays a vital role in attracting and retaining customers," says Technomic director Mary Chapman. “In many cases, their core business — from slot machines to museum exhibits — has been suffering, and restaurants are a key way to help build bottom lines. This creates a lot of opportunity for smart foodservice operators, contract management companies and food manufacturers."

Some insights from the report, which details trends and strategies within recreation industry segments: