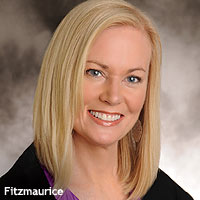 Okay -- the 89 million Americans who plan to shop at a local retailer the Saturday after Thanksgiving are petite potatoes compared to the 138 million who will storm the malls on Black Friday. But the fledgling Small Business Saturday movement is growing faster than its inventors at American Express ever expected. “We’ve been humbled by it,” Mary Ann Fitzmaurice, SVP/ American Express OPEN, tells Marketing Daily. She fills us in on why the Facebook-powered program has been such a success, and what to expect come Nov. 26.

Q: This is the second annual event. What sparked its invention last year?

A: It was really two things. Small businesses were coming out of the recession and said to us: 'Bring me more customers. How can we get ‘em in the door?’ And then on the consumer side, we did research and realized that 93% of consumers want to shop small. The idea was to put those two pieces together and say to people: 'If you want to support small businesses, put your money where your mouth is.”

Q: How is it different this year?

A: We knew it worked, and last year we saw a 28% rise in sales volumes for our small business merchants versus the same day in 2009. And we know small businesses are still struggling, and that 46% of people think small business is worse off than it was five years ago. So this year we spent lots of time helping merchants get ready.

The tools to market themselves are all online. We’re giving $100 in free Facebook advertising to the first 10,000 business owners who sign up. And we’re offering small-business owners the chance to win free advertising by creating a “My Business Story” video, in a partnership with Google. We wanted very much to engage the Googles, The Facebooks and the Foursquares of the world in a way to help small businesses.

We’ve got many partners. Federal Express injected another $1 million into the program and the small business economy, for instance, with $25 Shop Small American Express gift cards, for 40,000 customers. When it put that up on its page, it quadrupled its following, and sold out in under an hour!

Q: Occupy Wall Street, to oversimplify, is against big and in favor of small. Is that sentiment working in your favor?

A: We don’t think we’re anti-big. We just think we’re pro-small. And 38% of Americans -- 89 million! -- tell us they do plan to shop at a local business on this day. That doesn’t mean they won’t shop at large stores, too. But it does mean they believe in small merchants.