You Have No Choice; Connected TV Ads Are Coming to Get You 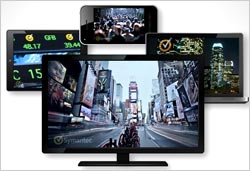 Okay, fine. I get it. I’m holding my hands up and surrendering. Connected TV is a big deal.

Also, digital programmer Revision3 recently reported that it’s seen a 75% increase in content views on over-the-top devices so far this year, more evidence that the market is expanding. These are among the reasons tech vendors are now hopping into this new opportunity to serve up ads to consumers via connected TVs.

As for TubeMogul, the company inked a deal with Internet TV ad platform AdRise and TV app platform company Flingo to push out ads on Internet TVs from LG, Samsung and others as well as set-top devices and gaming consoles such as Boxee, Google TV, Sony PlayStation, Roku, Tivo and Nintendo Wii.

The ads will be similar to pre-rolls that run online.

But with so many new players in the market, how does a marketer or programmer choose who to align with?

I asked TubeMogul how it hopes to stand out. For starters, the platform has targeting capabilities to let users buy certain demos and groups of viewers using their own data or third party data. That includes analytics from BlueKai and others. In addition, users can rely on retargeting tools to reach a given viewer with a different format after they’ve already seen an ad on the connected TV. TubeMogul also said its tools let advertisers make a campaign-wide buy across many TVs, and they can also see comparisons to how their pre-rolls on connected TVs are performing vis-à-vis online pre-rolls and tweak accordingly.