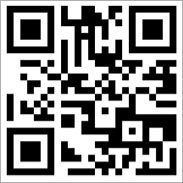 Marketers have become enamored of QR codes in the last few years, with the black-and-white icons popping up almost everywhere -- from magazines to subway posters to ketchup bottles. Barcode technology vendors regularly report triple-digit gains in the number of mobile users scanning codes and the total number of scans.

But a new report estimates that the proportion of mobile subscribers scanning QR codes will peak at just 8% next year before falling to 5% in 2015 as near field communication (NFC) technology gradually replaces QR code functionality. The Yankee Group study concludes NFC will eventually trump QR codes in terms of usability, security and capacity.

The report acknowledges that barcode-reading technology has gotten a boost from the spread of smartphones. Yankee Group projects the 31% of U.S. mobile users with smartphones today will grow to 54% by 2015. (Research released by Nielsen on U.S. smartphone penetration is higher, at 44%.) Wider uptake of smartphones means a larger addressable audience for QR codes, but also for NFC technology tied to mobile shopping and purchasing.

Furthermore, while marketers have been entranced by high-tech allure of QR codes, consumers have not been as caught up in “shiny object syndrome.” A recent Forrester report, which estimated adoption of QR codes among mobile users increased from 1% in 2010 to 5% this year, noted that the technology has encountered various obstacles to broader use.

These include basic unfamiliarity of what these codes even do, the required step of downloading a 2D barcode reader -- and most importantly for marketers -- disappointing content that turns off potential users. For example, codes that embed long URLs, making them harder to scan, or that lead to content that has not been mobile-optimized and offers little value to end users.

The Yankee Group study also pointed out that QR codes are vulnerable to misuse. What happens when fraudsters place their own codes as stickers on top of legitimate QR codes to obtain personal information by redirecting users to a fake Web site? AppSec Labs recently tested 14 commonly used CR code-reading apps and found that 35% were vulnerable to Web site redirection without a user’s knowledge.

By contrast, NFC is safer in terms of the levels of encryption available. It’s also a simpler technology to use for consumers and imposes no limit on the amount of information that can be transferred. “Consumers literally tap their mobile device and the call to action is activated -- whether that is providing information on train times, receiving a marketing mess or a free music download, gaining access to a hotel room or paying for a latte,” the Yankee report states.

The research firm advises marketers to view QR codes as a stepping stone for future initiatives based around NFC, which it expects to be widely embedded in smartphones by 2014. While NFC will do away with many QR code limitations, it will not entirely eliminate the role of codes. The use of QR codes in magazines, for instance, is unlikely to be killed off by NFC -- at least within the next few years.