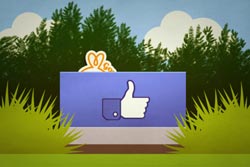 Location-based service Gowalla confirmed the service will be shut down as its co-founders and several key employees join Facebook’s engineering and design teams in the company’s Silicon Valley headquarters. Facebook did not buy Gowalla’s technology, user data or product as part of the deal, which looks more like a straight-up talent acquisition

In a blog post today, co-founder Josh Williams said Gowalla would shut down by the end of January as he and co-founder Scott Raymond make the transition to Facebook. While other members of the Gowalla team are expected to join them, it’s not clear how many employees will make the move.

News of the deal was broken Friday by CNNMoney, but neither company would confirm the report until today. “While Facebook isn’t acquiring the Gowalla service or technology, we’re sure that the inspiration behind Gowalla will make its way into Facebook over time," stated Facebook.

The CNN report indicated that Gowalla was hired to work on Facebook’s new Timeline feature, which highlights major events in users’ lives and is being rolled out gradually for the social network’s 800 million members. Facebook declined to specify what projects the Gowalla crew might work on.

Launched in 2009, the Austin-based company struggled to compete with Foursquare, the biggest player in the social location space, with more than 10 million users. As of last week, the Gowalla app had 10,000 daily active users connected to Facebook, compared to Foursquare’s 560,000, according to data from Inside Facebook.

Taking a different tack, Gowalla earlier this year shifted from a check-in-focused service to a crowd-sourced local travel guide. Despite losing out to Foursquare, Gowalla managed to raise $10.4 million from high-profile investors, including Digg founder Kevin Rose, Jason Calacanis, Ron Conway and venture firms such as Greylock Partners.

Since Facebook isn’t acquiring Gowalla’s technology, Williams said in his blog post that users would be able to keep their member information after the service closes. “We plan to provide an easy way to export your Passport data, your Stamp and Pin data (along with your legacy Item data), and your photos as well. Facebook is not acquiring Gowalla’s user data,” he wrote.

The demise of Gowalla only underscores the dominance of Foursquare in the social location arena, where even Facebook has had difficulty gaining traction. The social network scrapped the mobile-only version of Facebook Places -- its own location-based check-in service -- in August, only about a year after launching it.

Even so, the user base for check-in services generally is still very limited. According to survey data released by the Pew Research Center in September, only 5% of mobile users (or 4% of all adults) use Foursquare or similar location apps to check in to bars, stores or other venues. However, 28% of mobile consumers use their devices to get location-based directions or recommendations.