Marketing To Kids Proposal Gets Another Setback 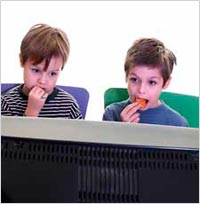 The Obama administration’s proposed voluntary guidelines for food marketing to children have been dealt another blow, this time in the form of a Congressional directive that the Interagency Working Group (IWG) conduct a cost-benefit analysis.

The requirement was included in a rider to the appropriations bill authorizing funding to keep the federal government running past this week.

The food industry has lobbied heavily against the voluntary proposal, maintaining that it would be hugely costly to the industry, cause millions of job losses, and violate commercial free-speech protections.

Republicans have been particularly critical of the proposal, although some Democrats have also voiced concerns. Rep. Jo Ann Emerson (R-Mo.), who wrote the rider, said the potential economic implications need to be studied.

The Center for Science in the Public Interest (CSPI) said that a cost-benefit study makes no sense, because there are no mandatory requirements and therefore no mandatory costs. “Unfortunately, both the House and the Senate have fallen for the industry’s faulty claims,” CSPI said in a statement.

“I think the industry’s hope is that this will kill the food marketing guidelines, but it shouldn’t. It should just delay them,” Margo Wootan, CSPI director of nutrition policy, told The Washington Post.

However, Dan Jaffe, EVP for government relations for the Association of National Advertisers, characterized the cost-benefit study requirement as amounting to Congressional appropriators telling the Federal Trade Commission and the other agencies in the IWG (the U.S. Dept. of Agriculture and Centers for Disease Control), “Don’t go forward in this direction.”

The FTC had already indicated that it would weaken the original proposal, including likely making the guidelines applicable only to children under 12, rather than those up to age 17.