On Bikinis, And Why Consumers Act That Crazy Way 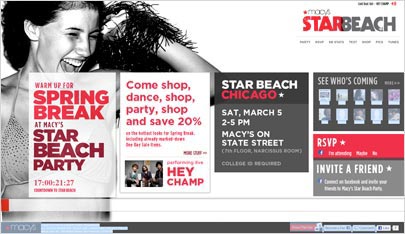 Once a year, Marketing Daily asks me to look back, sifting through the 300 or so stories I’ve written in the last 12 months. So I try to figure out why some were read, reposted, and maybe even tweeted, propelling them to my personal 10 “most read” status, while others were pretty much ignored. (Okay, I’m thick-skinned, so I can say it -- totally ignored.)

Some are easy to predict, as I sift through the headlines about the many retail, demographic, health, beauty and environmental areas I cover. I’m not surprised, for example, that Macy's Tests Spring Break Bikinis In Windy City came in at No. 3, and it’s not because the story ran in February and you, gentle readers, worried about those poor models catching cold in arctic Chicago. It’s because you love bikinis. In fact, I have the dubious honor of having written one of MediaPost’s most-clicked-ever stories back in 2006, with this irresistible headline: Kirstie Alley's Bikini Bod Heads From Oprah To Ad.

Some just reflect readers’ commitment to tracking marketing disciplines, like social media: Study: For Retail, Social Media Doesn't Work was the most clicked-on story I wrote this year, and yes, it also generated the most hate mail, by far. A story called Scarfing Up Social: First Wal-Mart, Then Tesco, a Q&A with Bzzagent CEO Dave Balter, came in 10th. (In fact, many of the stories readers like best were Q&As, which I take to mean you’d like to hear more from and about our sources, and I’ll write these more often.)

At No. 2, Confidence Not A Problem; Shopper Loyalty Is offered a reality check to retailers who kept blaming the economy, when what consumers were really saying was, “It’s not me. It’s you.” Loyalty concerns also propelled humble Ace to the No. 6 spot, with Local Hooks, Positioning Spark Ace Hardware Loyalty.

But most address the perplexing dynamics and weird little nuances of consumer behavior. Q&A: Time To Crank Up Online Psychographics (No. 7) showed us how badly you want to get inside the heads of those rascally shoppers. No. 9’s Everyday Savers: Not Extreme, But 'Forever Frugal' focused on the rapidly evolving world of couponing. No. 8 The Home Depot Grows Its Own Black Friday looked at how one retailer is letting customer love for petunias rewrite its marketing calendar.

Another Q&A addressed the ongoing riddle of how Americans can continue to know so little about the government’s relentlessly publicized food pyramid, Why Americans Ignore The Food Pyramid. Thanks to Melissa Abbott, director of culinary insights for the Hartman Group, we now know why: It’s because most of us vastly prefer to get our dietary advice from Dr. Oz, Oprah or our social networks.

Then again, maybe you liked that one just because you were hungry, which also might explain why Taco Tweets Fuel Texas C-Store's Advertising, which focused on tiny little Stripes Convenience Stores, and just eight billboards in Texas and Louisiana, ranked at No. 5. Pass the salsa.