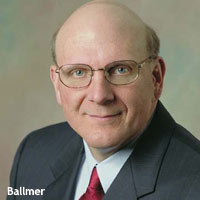 Changes at the 2012 Consumer Electronics Show point to a tech industry in transition. This year, the digital ad industry makes a stronger showing, and Microsoft CEO Steve Ballmer takes the stage for a final bow. Ballmer, representing Microsoft, will give the last opening keynote Monday night.

Some believe the CEO will not have any surprise announcements. But with the forthcoming release of Windows 8, and this year's focus on smart TVs by Google and others, the tech industry has yet to see stronger movement by Microsoft into voice search.

The company also announced that this year will be the last time it hosts a booth.

The Consumer Electronics Association supporting CES called the decision mutual, telling The New York Times it would search for another company to deliver the opening keynote in subsequent years. Microsoft chairman Bill Gates, followed by Ballmer, did for years. Gates first delivered the CES keynote in 1994.

Although Microsoft is not expected to make any big announcements, partner Nokia -- the Finnish phone manufacturer supporting Windows Phone on many of its smartphones -- will hold a press conference on Tuesday.

Digital advertising agencies will also be on the ground at CES, rubbing elbows with their clients, such as Qualcomm and Sony, along with the 2,700 exhibitors and the 150,000 attendees from 140 countries. Both Digitas and IPG Mediabrands have made it known that executives will meet with clients and walk the conference center floor.

A search of the 2012 conference agenda returns dozens of advertising and marketing sessions, ranging from "Hypertargeting: Ad Net Words, Ad Serving and Ad Targeting" to "iPad-Tablet-Smartphone Advertising, the Premium Advertising Platform." Similarly, more than 5,000 attendees identified themselves as advertising or marketing professionals.

Social media also has become a focus of CES. This year, show organizers made an effort to make it more interactive with a showing on Twitter, Facebook, and Foursquare.

A quick tease of tech products creating buzz across social networks and blogs suggest the debut of devices running Android's latest operating system Ice Cream Sandwich, manufacturers will have another go at 3D and connected TVs, and devices that are intended to help consumers integrate screens and content.