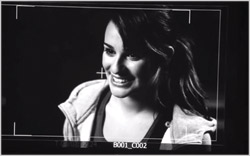 Glove speed isn’t all there is to the sweet science. AKQA has the footwork to match. Its knockout punch: innovation and high design.

Even a few years ago, AKQA, while highly respected for its creativity and work, was still seen as digital boutique. That word no longer applies. akqa now has seven offices around the globe and over 1,000 employees. “We’re still focused on our digital skill set,” says CEO Tom Bedecarré, “but clients come to us and see that we have a good understanding of strategy. We have a good team from creative to technology to client services. And media has become a more important ingredient.” In fact, Bedecarré pegs the growth of the agency’s media business at 60 percent in the past year. “We’re becoming a more important partner. We see it in client relationships that are bigger, broader, and longer term.”

Chief creative officer Rei Inamoto says, “We work to inspire. I believe that AKQA is in the business of creating and influencing the future,” citing the motto the company has operated under for more than a decade now: The future inspires us, we work to inspire. “That’s the vision of the company. It’s not like we recite that every day when we come into the office,” Inamoto jokes, “but I think it’s always been true to our core being.”

And that commitment to innovation has changed AKQA, which has applied its principles to itself, evolving as conditions dictate. In Inamoto’s view, the company has long been part innovation agency and part communications agency. But lately he’s noticed a shift, and now sees AKQA as a combination of storyteller and product designer, with the products being the software, tools and functions they create on behalf of clients for consumers to use. “When you find ideas at the intersection of those two things is when you can create new experiences,” says Inamoto.

AKQA doesn’t just have departments of Web designers, programmers and search specialists. Nor have they merely laid a layer of digital execution over the traditional art and copy team. “We don’t divide the company into certain functions,” explains Inamoto. “We co-locate different functions within a team next to each other. So a creative is sitting next to a technologist sitting next to a project manager sitting next to an account person sitting next to a strategy person.”

Put another way, the agency approaches its work not as just making ads, but more as though they are creating products. That kind of innovative thinking has led the agency to develop rich software platforms for clients, incorporating social media and mobile devices, such as the Nike Training Club for client Nike, which became the No. 1 app in iTunes’ health/fitness category, with 1 million downloads its first month.

“We certainly have a strong feeling that software and user experience and interface design and application development is an incredibly rich area where companies are defining their brands. They’re building their business around 12-month, 365-day a year, 24-7 interactions with customers, which is different than having a traditional advertising campaign-based approach,” says Bedecarré. “We helped Nike create digital training experiences that go well beyond buying a pair of sneakers a couple times a year to helping you train and become a better athlete every day of the year.”

Big wins such as being named Digital Agency of Record for Audi and the lead creative agency for YouTube (which is the process of a major rebrand) propelled AKQA to 25 percent growth during what was a very challenging year.

The agency, not just global but a good global citizen, also found time to lead an industry-wide effort — partnering with The One Club and Ad Director’s Club — called Creatives Unite, to bring aid to tsunami-devastated Japan. AKQA’s rapid action (the effort was up and running within 10 days of the initial disaster) is the definition of industry leadership — the old-school kind.

The marvel of AKQA’s rapid growth is how it’s stayed true to its core principles, and expanded them outward. “We’ve been able to define a culture and an organization that is AKQA,” says Inamoto. “Without creating that culture and context, we are not able to do the work that we do.”

AKQA has accomplished all this with a fluidity between offices, with people moving around the globe, and integrating teams in fundamental ways. Inamoto himself has been based in New York, San Francisco and back again. “Different markets have different perspectives and different ways of thinking. We try not to have boundaries and not to focus on offices as much as we do the whole network,” explains Bedecarré. “This allows us to leverage all 1,000 people.”

If you want to know the types of people AKQA attracts, look at where they lose recruits. An internal study found Apple took the highest number, a company akqa has more in common with that it does any on Madison Avenue.