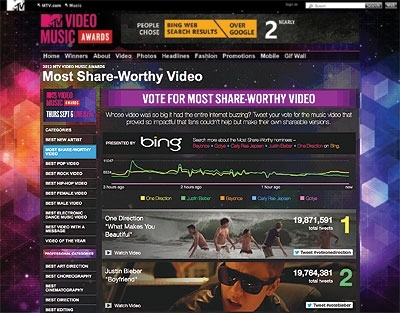 For MediaVest, 2013 was a year of big client wins, big new industry partnerships and a relentless pursuit of new insights that helped the agency and clients better understand the forces driving consumer behavior. For those accomplishments the shop has been named OMMAmagazine’s Media Planning and Buying Agency of the Year.

Both new and existing clients bought in to the agency’s “human experience” approach to market. The shop boosted revenues by 30%, half of which were the result of existing clients adding new services such as social, mobile, content marketing and search, among other capabilities.

As MediaVest CEO Brian Terkelsen put it, “new clients and existing clients need to future-proof their businesses. That’s what organic stands for.”

The company also entered into several new major partnerships with key industry players like Twitter,  Axciom and ShareThis in a bid to keep clients on the cutting edge of advances in data analytics, social media advertising and new metrics.

The agency believes that the future of television “is the marriage between TV and Twitter.” A partnership struck earlier this year with the social network provides MediaVest clients with access to prime inventory and Twitter innovations. The companies also agreed to create a social TV lab and to conduct “in-tweet” mobile surveys to generate real-time insights.

Terkelsen says the deal is “tremendously important” given the learnings the agency is likely to glean about the social media process. He offers a plumbing analogy to explain the significance. “In a bathroom people see all the shiny fixtures outside the wall and that’s what 99% of us understand about plumbing.” The Twitter deal, he added, gets the agency “inside the wall” to better understand “how all the pipes fit together.”

In prepping for the Honda pitch earlier this year, the agency redefined the auto purchase funnel, having discovered a critical need to pay as much attention to consumers post-purchase as pre.

It’s a remarkable insight that along with a turbo-charged digital strategy helped steer Honda onto the MediaVest client roster. The client said going into the review that it intended to devote significantly more resources to digital than it had in the past. “We’re helping them become the digital marketer they want to be,” said Terkelsen.

Content and social are two of the most powerful forces that marketers can muster to engage consumers and MediaVest creatively exploited both areas to client advantage over the past year. Case in point is a campaign the agency developed for client Microsoft.

The agency created the “Most Shareworthy Video Award” for MTV’s Music Video Awards program, turning social media shares into votes for popular artist’s music videos. Fans cast 54 million tweet-votes in 6 days, showing how Microsoft’s Bing is the “most social search engine.” The VMA broadcast became the most commented-on cable program of the year with Bing playing a visible role in the conversation.

And the agency was part of the “war room” team of Oreo roster shops that gathered to monitor social conversations during the Super Bowl, which led to the client’s now famous “you can dunk in the dark” tweet in response to the blackout that occurred in the stadium during the game.  According to MediaVest the tweet drove 175 million earned impressions, or $8.6 million in media value, or nearly three times what the brand paid for a spot in the game. 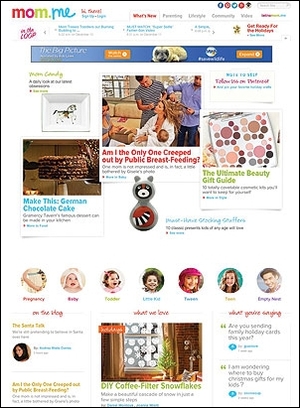 The agency also created a lifestyle website for P&G called mom.me in partnership with BermanBraun that is now being used by the client as a model for developing lifestyle-based content platforms worldwide.

“Content and content marketing is the only way in a precision-based marketing world that we are going to have a high-touch relationship with consumers,” said Terkelsen.

A year ago at the company’s annual holiday gathering Terkelsen asked staffers to “put your brave on” and embrace a handful of principals that would help drive superior product and service to clients. And the staff delivered big-time, Terkelsen said. “I’m so proud of what they’ve accomplished.”

At this year’s gathering, said Terkelsen, he’s asking the troops to be “all in.” That means embracing and consuming client products from driving Hondas to wearing Converse sneakers. It also means knowing the agency’s offerings1 inside out. “If they don’t know what a DSP is they’ve got to get it on because we’re there now and we’re not waiting around for people to figure out what those things are.”

Next year, he added, technology and Millennials are high on his priority list. On the technology front, for example, “someone has to figure out the back-end” of the agency’s approach to programmatic buying which he describes as having gone “from a small fraction [of agency activity] to beginning to become more meaningful.”  More broadly, he added, technology leadership will drive efficiency and productivity for clients and the agency. “We need to be a little bit more of a software company,” he said.

His other big focus for next year: making MediaVest a “Millennial ready company.” Like technology, the millennial issue is something the industry needs to contemplate, Terkelsen said. Millennials care about issues like what a company stands for and its contribution to society. “They might not value money over work-life integration. We need to become a company where these 1.8 billion Millennials want to work.”