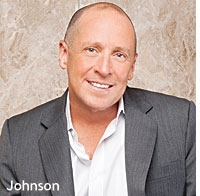 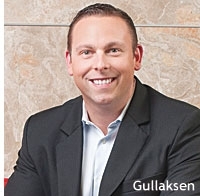 Success means doing better than before or achieving something desired. In business, some call it winning. This year, San Diego-based search agency Covario can boast it won the OMMA Search Agency of The Year title for a third consecutive time, even though it made a long list of changes to the organization.

The most recent change came in November when Russ Mann, Covario founder and CEO, became chairman of the board; and Jeff Johnson and Mike Gullaksen, Co-CEOs. Claire Long, CFO/COO, also stepped into the executive team, helping to make daily decisions.

Amidst the shuffle, Covario built a content marketing team that works with third-party social media experts, as agencies began focusing more on creating content for specific audience segments. The team continuously refines messages across the Web to align with audiences by increasing the odds of discovery.

A slew of new clients also came on board. Not just in the United States, but worldwide. The company continues to expand internationally, growing its staff in Tokyo, London, Singapore, Sao Paulo, Beijing and Toronto to support global assignments from existing clients like Lenovo, Intel, Guthy-Renker, Bank of America, and T-Mobile. As part of its growing presence in Asia-Pacific the company set up a dedicated office in China.

The global staff of more than 200 search and content marketing professionals manages more than 500 client projects worldwide. Execs estimate Covario should earn double-digit revenue growth again this year, in part, by supporting several new clients such as Sony, Jenny Craig, among others.

Despite the growth, the company experienced challenges in 2013. Two clients cut their budgets, said Jeff Johnson, co-CEO. “We overcame this by winning new business largely through existing client referrals, which led to client diversification and revenue growth,” he said.

Maintaining growth remains one of the major challenges for companies on top. Mike Gullaksen, co-CEO, said maintaining the “rapid pace of double-digit growth” as search evolves becomes one of Covario’s challenges in 2014.

Growth requires quality of service. The company uses a third-party Net Promoter Score (NPS) survey to monitor its commitment to clients. This year the scores fluctuated between the high 50s and 60s, the company’s highest ever. Client customer satisfaction pushed the numbers well above the industry standard, both for agencies and for B2B companies.

The findings access the economic impact of Covario’s work in 2013 with a direct-to-consumer paid search client. The study reveals working with Covario helped to achieve 60% improvement in order volume from non-branded paid search, 10% rise in click-through rates, and a 4% increase in conversion rates, while overall spending fell as much as 15%, and cost of orders rose as much as 8.5%.

The campaign relied on keyword contextual and interest-category targeting, while using remarketing to target non-purchasers. Prior visitors to Campmor.com see the company’s ads on other sites across the Google Display Network for products they previously viewed while visiting the Web site. The retailer can target consumers who abandoned a shopping cart or viewed specific pages, for example.